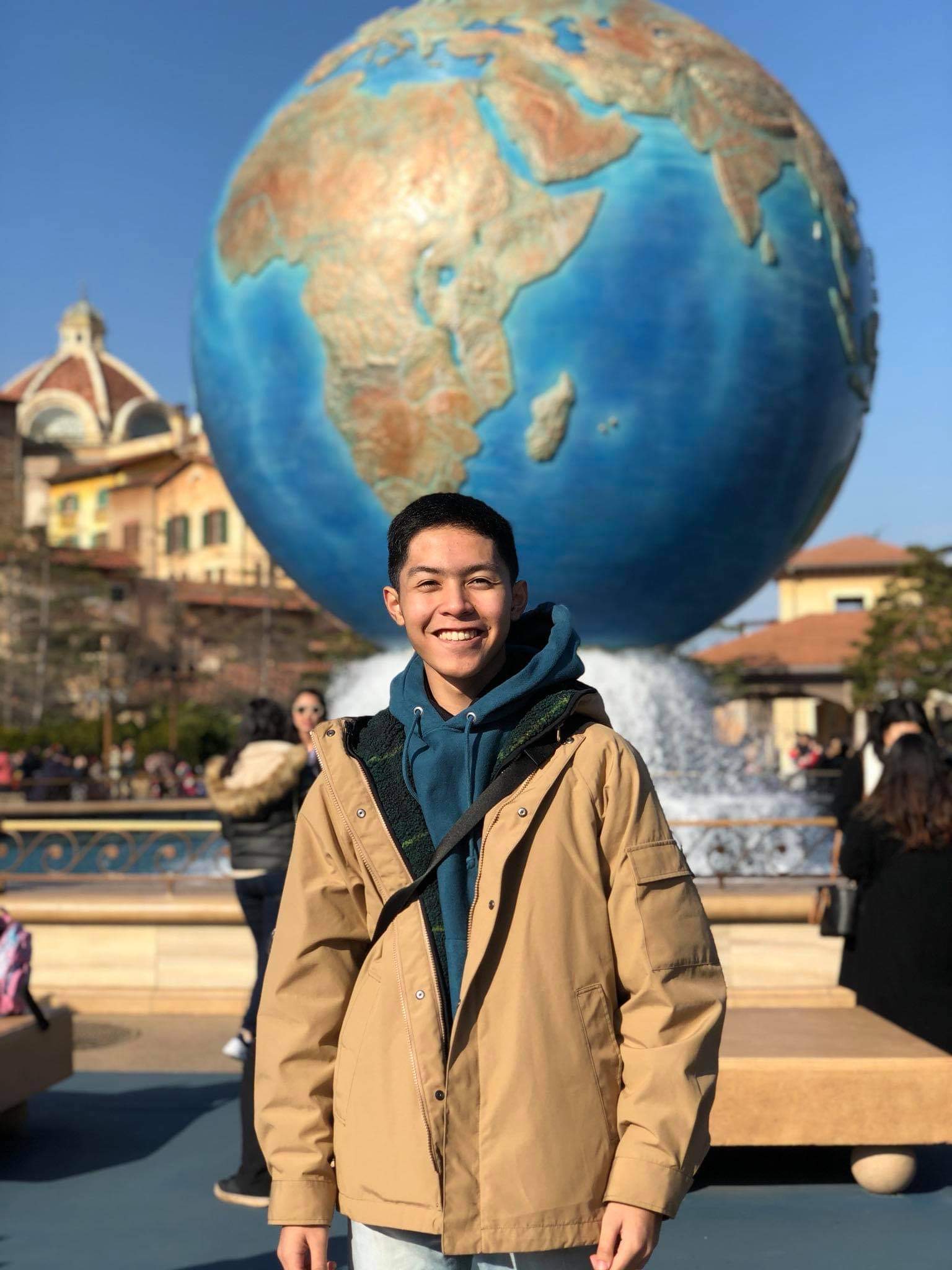 ENCLOSED IN a four-walled room, Brian forces himself to pull out of bed and stand in his own space of solitude. With a face mask on, he sighs as he pushes away the dark cloud of thoughts setting above his head. He recalls, “I was [looking] sa positive side… na magiging okay lang ako in-time kasi may tiwala talaga ako na [magiging maayos din ang lahat].”

The dawn is about to break as the sky outside is a gradient of ember and navy. As the door opens, a person wearing personal protective equipment enters the room. Behind the KN95 mask with plastic tape plastered on its side, Brain recognizes the muffled voice of his nurse.

To let the day pass, Brian would watch a K-drama. If he gets in the mood, he fills the room with Twice and Blackpink’s songs. This time, however, he takes the chair from the corner of the room and drags it by the window.

From there, he sits with sunlight seeping through the glass,  letting it cast its gleam on his skin. Although the room is silent, his loud thoughts reverberate in his head. “I [was] going crazy,” he admits.

“During quarantine… [the] days were longer,” he claims. As life outside goes on, John Brian Pascual, like the thousands of Filipinos everyday since March 2020, fights alongside the frontliners to see the light at the end of COVID-19’s dark and seemingly unending tunnel.

Faces of the survivors

A second-year legal management student, John Brian Pascual was usually found around the campus, carrying a stack of books. Before the pandemic, Brian was just like any other Artlet. He often spent his time buried in the pages of his assigned readings, memorizing law after law.

However, life in the University unexpectedly ended on a bright afternoon in March last year when classes were suspended for one week. Students hugged each other goodbye, not knowing that the next time they would see each other would be on Zoom.

Someday, the University’s classrooms would be filled again. However, not everyone would be aware that some members of the Thomasian community fought the virus. The survivors will walk around the campus someday as they seemingly have forgotten their own cries while in isolation. Once upon a time, they fought for their lives alone  — and John Brian Pascual was one of them.

Anxious for the results, Brian waited for the swab test results in their living room as he busied himself by playing mobile games. Eventually, his mother feebly entered and uttered, “Positive ka.”

Immediately, Brian dropped his phone, feeling his body freeze over. With no words to say, he laughed shakingly as sweat dripped down his forehead. He kept laughing for a while, then stopped when he came to his senses.

With that, his family feared getting infected from the virus so they all took a swab test. To Brian’s relief, his family tested negative.

Upon being brought to the hospital by his family, the nurses immediately tended to him. While inserting the IV line into his wrist, his nurse kept reassuring him that he would be fine. Despite the fear that the disease brought, Brian chose to hold onto hope. 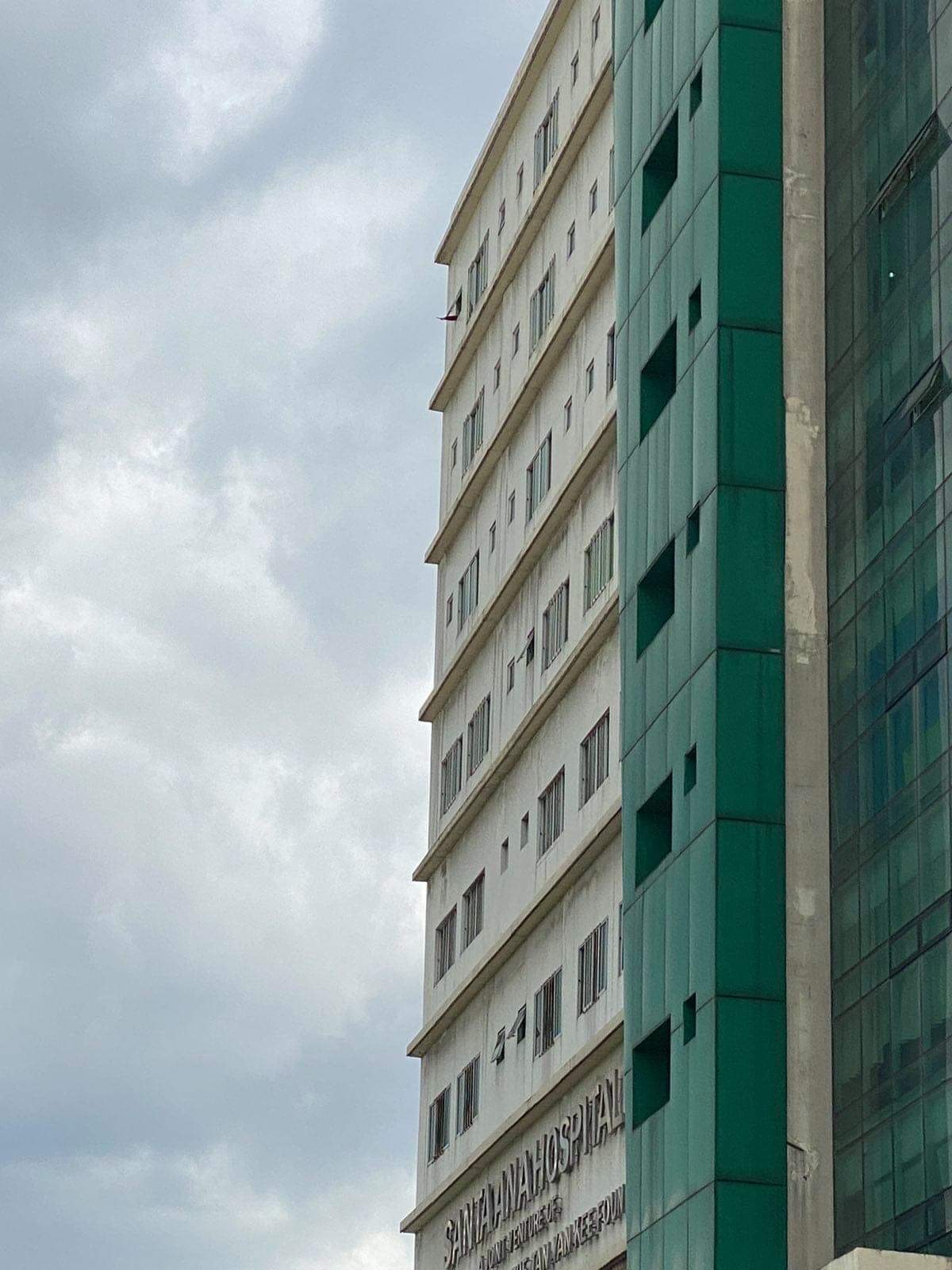 To communicate with his family, Brian would open the small window from the bathroom and stick his hand out. From there, he would wave his hand to greet his parents.  “That was not ideal,” he says, “but it was for the safety [of] my family and myself.”

Still, despite getting infected with the virus, Brian never forgot his academics and studied often while in quarantine. He shares, “Iniisip ko lang ‘yung academics ko [kasi] it’s keeping my mind off [the fact] na may COVID ako.” At that time, he was also active in the donation drive his block arranged for the recent typhoons.

As he was stuck in his bubble, Brian admits that he often dreamt of a future where he is no longer COVID-19 positive. Here, he could finally step out of the hospital doors and physically feel the bright sunlight on his skin. He would close his eyes and look forward to the end of the pandemic, imagining the ecstasy he would feel when those days would finally come. Someday –  one day at a time.

Brian gradually regained his strength. “After a few days… napansin ko na dahan-dahan bumabalik ‘yung panlasa ko…. Sobrang optimistic ko noon.” Hopeful as they were, the doctors believed that Brian was stable enough for home quarantine. After a week, he was sent to isolate himself in his grandmother’s house.

Aside from his family, his blockmates and professors were also there for him. Brian comments, “They really cared…. They wanted to be updated with my situation para alam nila kung paano sila maga-adjust sa’kin.”

However, the effects of COVID did not stop with a negative result. Brian admits that he is still coming to terms with the traumatic experience, saying, “Mas naging wary ako sa health ko…. Before, doble-ingat lang, [pero] ngayon, ten times na kasi you will never know […] [Kung] hindi mo talaga kailangang lumabas, huwag ka nalang lumabas for your safety and for others [as well].”

In the end, Brian was never all alone with his battle against the virus. After all, he had his friends, professors, nurses, doctors, and especially his family help him pull himself from the dark abyss of the virus. Brian remarks, “Hindi ko… kakayanin ito [kung wala sila].”

Brian was asked why he was willing to take part in this article. He says, “I realize not to take life for granted […] I am currently happy… kasi fully recovered na ako from COVID…. Ngayon, it’s time to move on… and… learn from my experience […] Through this article… it’s my way of letting go [of the past].”

Once Brian recovered, his doctors took out a camera while handing him a certificate saying “I survived COVID-19.” “This is better than my diploma,” he remarks.

Indeed,  Brian has been given a second chance on earth and his life will go on as it should. Smiling behind his face mask, Brian stands alongside the doctors as the camera immortalizes his experience of battling COVID-19. F