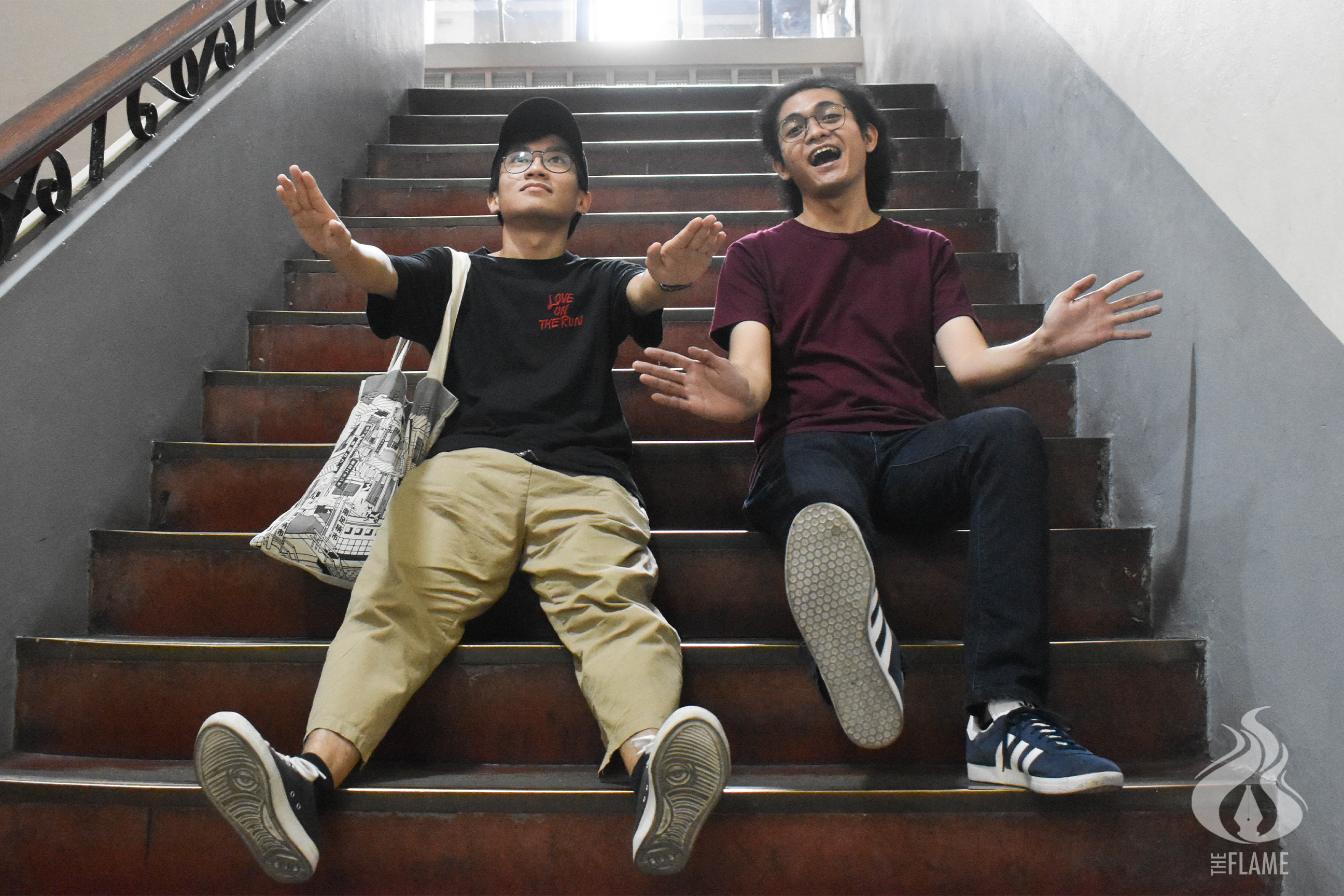 SEATED IN  a crowded theater,  Julius Renomeron Jr. and Johmar Damiles held their breaths. Their hearts were beating rapidly as right before their eyes, they saw the title card of their film “Heist School” appear on the big screen. Having their film premiere in the film festival once felt like a pipe dream. Now,  their dreams’ a reality.

Sometimes, great friendships come unexpectedly. While living in the same dormitory, they both had unfair first impressions of each other. Julius found Johmar nerdy, while Johmar was intimidated by Julius.

However, as time passed by, their friendship blossomed while working together in TomasinoWeb. Julius was the art director of the organization. and Johmar was a photographer.

Regardless of the difference in their respective fields, they shared something far from the field of science and technology—the art of capturing cinematics that mimics humanity and shares a message to the world: filmmaking.

“Heist School” depicts four students’ creative plan to cheat in their upcoming exam. They believe that the film’s light plot can also criticize the educational system.

Julius and Johmar threw themselves into the filmmaking process. Julius led the cast and crew as the director while Johmar took over as the cinematographer.

Shooting the film was a labor of love. In fact, it took them four to five months to finish the film. Because of some deleted files, they had to reshoot some of the scenes.

Despite all the challenges, Julius and Johmar never gave up.  They realized that they complemented each other; fueling their passions as they continued their pursuits. 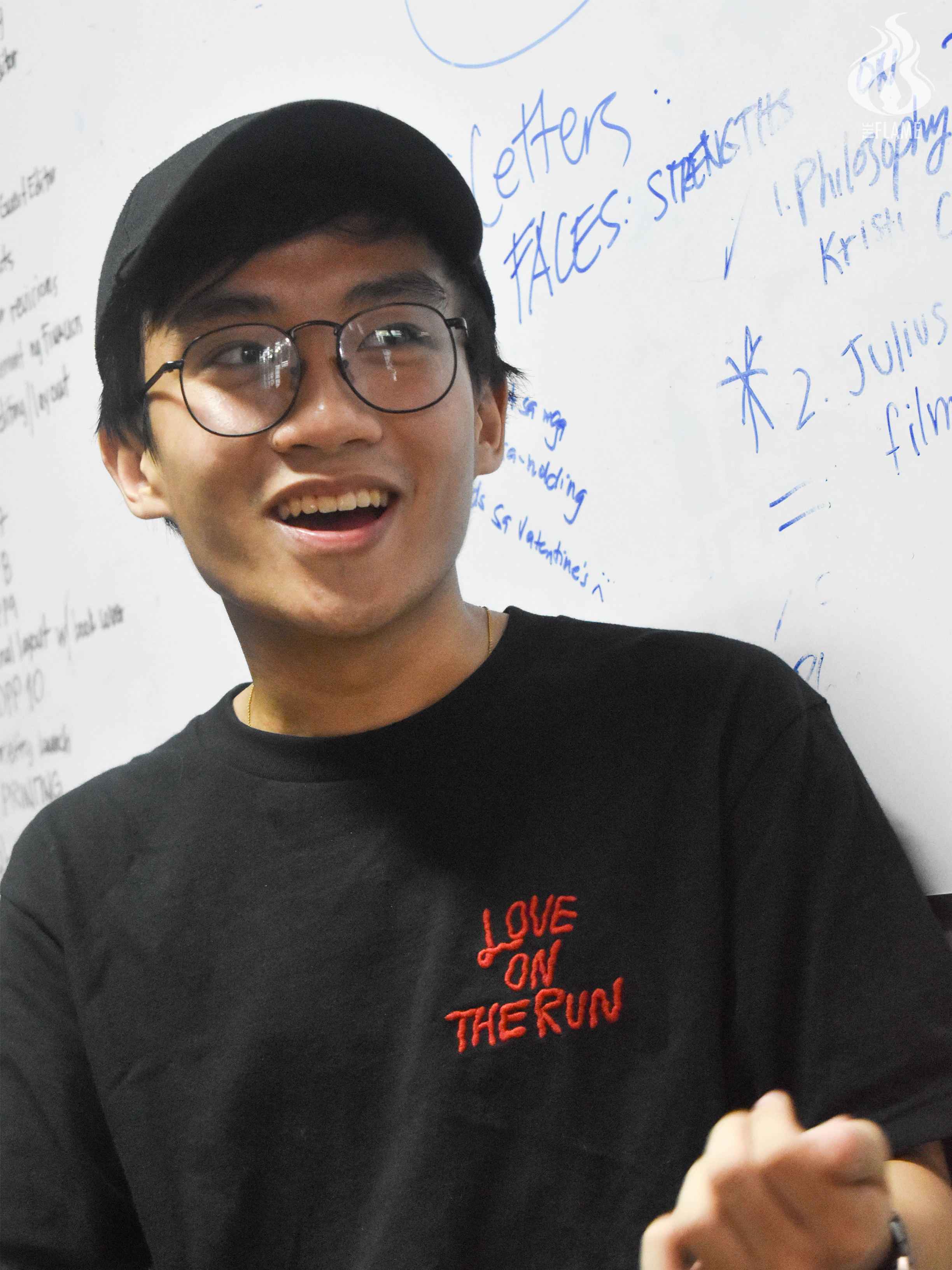 Julius supports this thought by recommending that every artist should not be afraid of doing something new. He pushes everyone to be fearless in going beyond their comfort zone. “If nili-limit mo ang sarili mo into a space [tapos] hindi mo pa nasusubukan...mahirap sabihin na hindi mo siya kayang gawin,” he said.

In the end, all their risks were worth taking. Their film “Heist School” was featured in Cinemalaya. Everything was unexpected, they remarked, especially when it won the Audience Choice Award 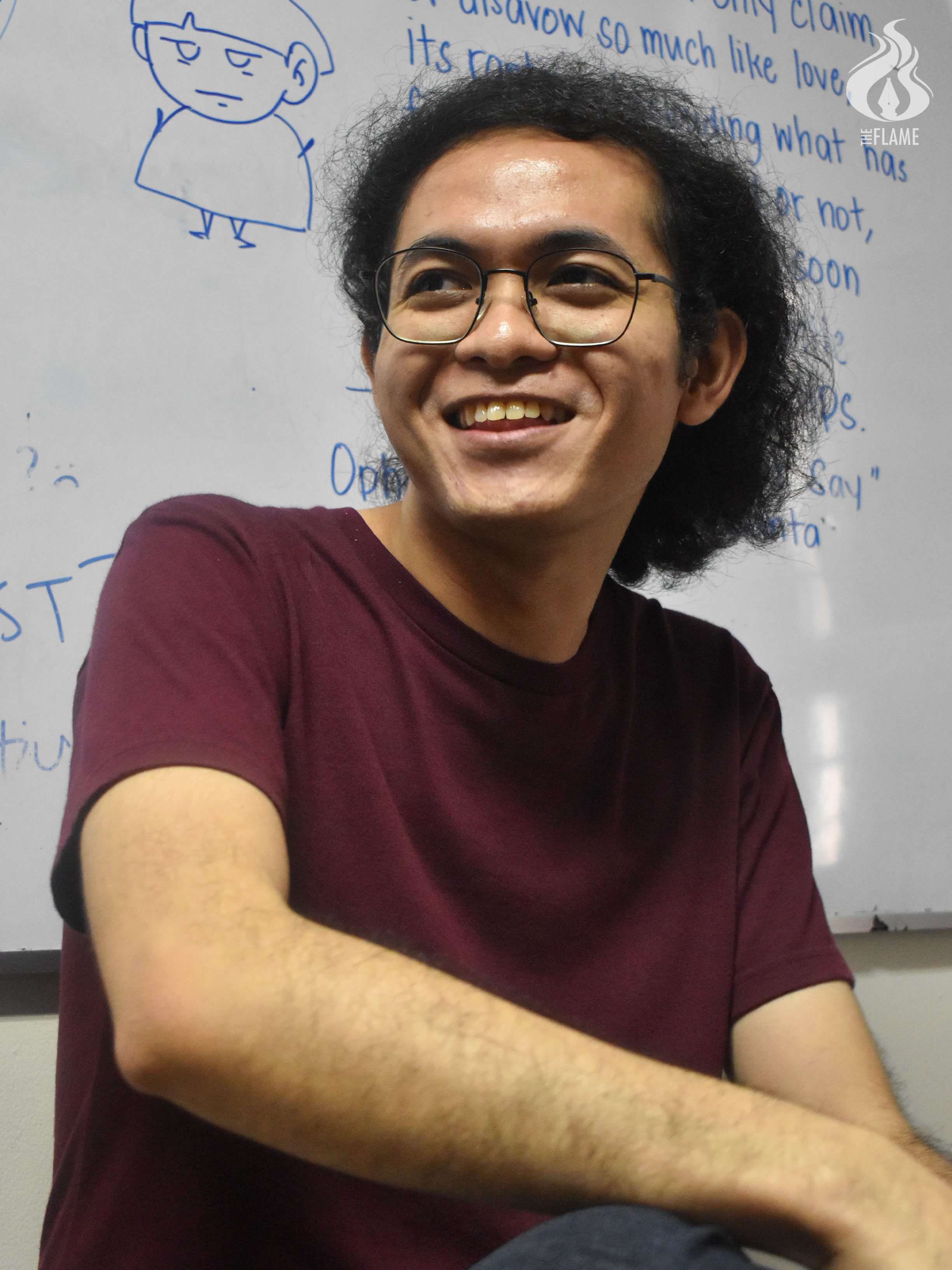 For Julius, the responsibility of a filmmaker lies in serving as a voice for the ones whose cries are not heard. He says, “Maging voice for other stories or people na hindi nire-represent  o hindi pinapakinggan ng ibang tao kasi maraming kwento ang hindi pa nagagawa.”

Johmar advises his fellow young cinematographers to find their “eye”—the execution, and style. He believes that there is not such a thing as an “original style”, and that every style out there is just a culmination of other cinematographers’.

Being a filmmaker requires breaking many borders in the pursuit of one’s art. Frame by frame, Julius and Johmar held the framed certificate and the trophy for their success –– a symbol to triumph of filmmaking, and to their friendship and teamwork.  F