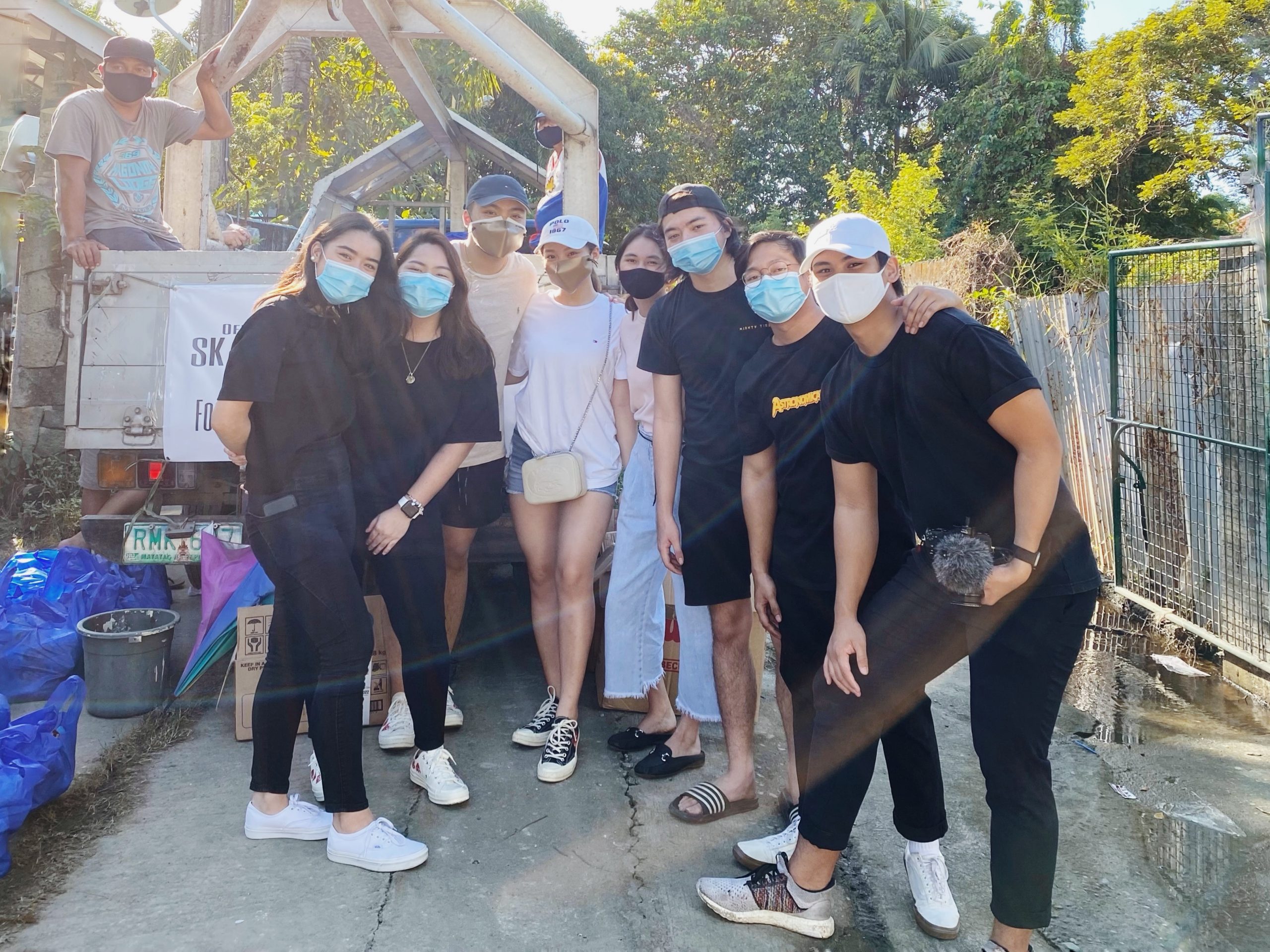 SHORTLY AFTER the onslaught of Typhoon Ulysses in various parts of Luzon, organizations and concerned citizens flocked to social media to call for cash and in-kind donations to help affected residents.

One of them was Rommar Angelo Javier, a fresh graduate from AB Communication Arts.

Rommar, the former president of Tomasian Circle of Arts and Talents (TOMCAT), is no stranger to charity work. In April 2020, during the Luzon-wide enhanced community quarantine (ECQ), he managed to provide relief goods for his ka-barangays in Brgy. Palapat, which is located in Hagonoy, Bulacan. That is why when Ulysses struck the country and submerged his community in deep floodwaters, he conquered his fear brought by the calamity and the ongoing pandemic to help his neighbors.

“COVID has been here for a long time, diba? We’re not going to be able to move on with our lives if we are still scared,” he says. “COVID is COVID. If you take the necessary safety precautions, you can do things like these [donation drives].”

In an interview with The Flame, Rommar tells why he keeps doing his advocacies amid a precarious time and how the Filipinos’ bayanihan spirit lives on despite the challenges.

“The bayanihan spirit is very much alive right now. I think it’s the only thing that’s keeping us going,” he says.

Lifting up his community

On Nov. 16, four days after the typhoon, Rommar launched a donation drive on Facebook to raise funds for the victims of Ulysses in his area. With a network of university friends, colleagues, relatives, and concerned citizens who were willing to contribute to his initiative, Rommar was able to organize a three-phase relief program at his hometown from last Nov. 22 to 26.

His group first distributed 500 food packs on Nov. 22. This was followed by a feeding program for 1000 residents in seven puroks the following day. Lastly, groups Kapit Mindanao and millennials for PH handed out another batch of food packs for 662 people on Nov. 26.

“We cooked 8 PM the night before [Nov. 23]. We prepped all the food. Actually, walang natulog that night dahil nagulat kami that 1000 packs of lugaw ay super dami pala,” he recalls. “Nagluto kami all night. Natapos kami ng saktong 5:30 AM. Namigay kami ng 6 AM. We went around seven puroks using a polong-polong.” 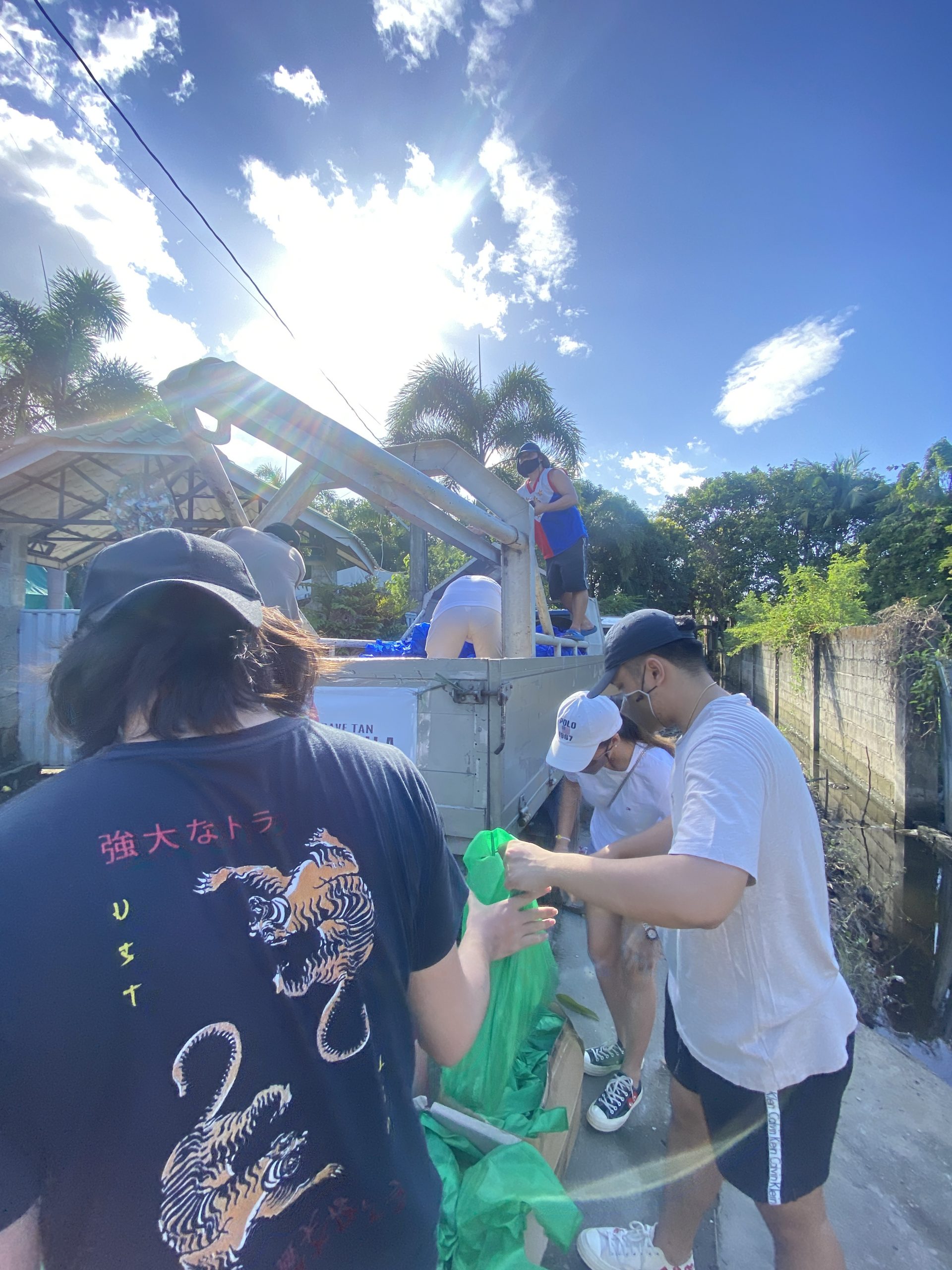 Although much tragedy was brought about by Ulysses, the people of Brgy. Palapat still had bright smiles painted on their faces.

Residents of Brgy. Palapat have already grown used to the damages brought about by storms, as the area is disaster-prone and a ‘major catch basin.’ Still, Rommar felt that the wreckage left by Ulysses was hard to swallow, because it was the first time he had ever experienced such a casualty caused by a typhoon.

In conversations with the evacuees, the elderly and middle class, which he describes as ‘often neglected’ in relief efforts, would express their gratitude for him and his group’s work.

The bayanihan spirit lives on

The first motto of TOMCAT is: “Hindi puwedeng hindi puwede.” That mindset has pushed Rommar to continue helping no matter what.

The events that transpired last year made Rommar realize that Filipinos are ‘stronger together,’ as their resiliency should not be ‘underestimated.’ It also reminded them that the bayanihan spirit is not at all dead, as evident in how Filipinos from all walks of life banded together to help the typhoon victims.

Not only that, the prevalence of social media has aided this unique Filipino trait, which many have thought was only a remnant of a bygone era.

“Kung walang social media, wala akong reach. Social media managed to get my pubmat to people everywhere in the Philippines, even to alumni in different countries abroad. Social media also gave way to show the true scale that the typhoon brought. Through drone shots I posted online, you could see the extent of the damage of the typhoon in Hagonoy, Bulacan,” he says.

Months after Ulysses, Rommar says that his ka-barangays were able to fully bounce back from the typhoon’s wreckage. But there is still a long way to go. However, one thing is for sure: Rommar has ensured that he will always be there to help again. F