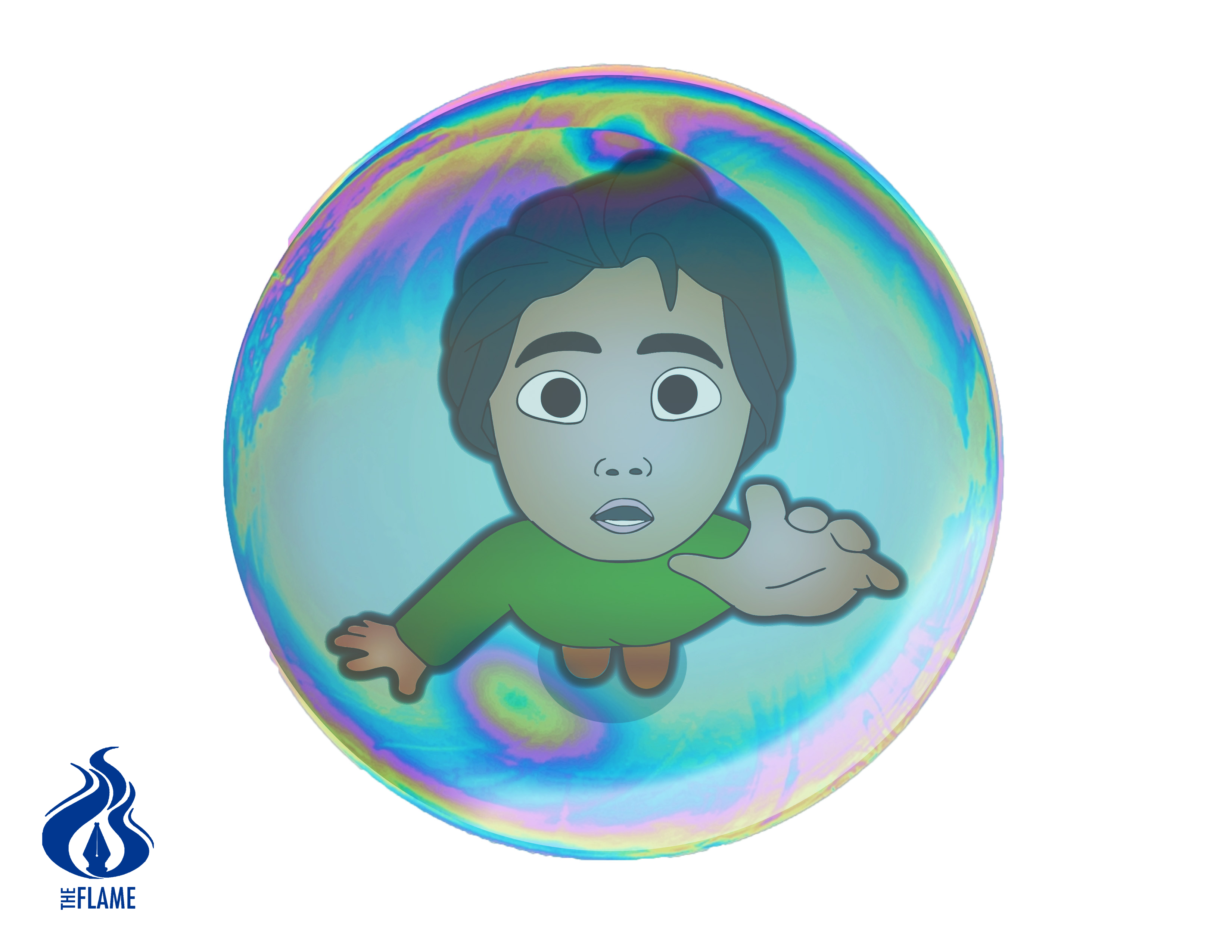 The bubble that detained him was unlike any other. Apparently, its frailty was only superficial. None of his efforts seemed capable of bursting it—or damaging it in the slightest.

Five minutes ago, he was reluctantly dozing off to sleep. He urged his eyelids open each time. Suddenly, a bubble grew around him, completely enclosing him within. At once, all sounds were muted. Its transparency still allowed him to see the teacher in front. He could see a presentation on the screen, however, the words were unintelligible. Quickly, he glanced at his notebook. It was the same.

He looked around. Everyone else seemed to be fine. His classmates casually looked ahead. Others nodded their heads. It was only him who was confined, yet no one took notice.

He tried stretching his arms to the side. It would not budge. A front kick could not break it either. He hitched his elbows backward. It was still intact.

In a final attempt, he struck both hands upward.

“Mr. Diaz,” a clear voice pierced through. The teacher was right in front of him. “Is everything okay?”

The bubble had finally burst.

“I had difficulty understanding the lecture, sir,” he admitted.

The teacher smiled. “I believe that is code for ‘you were boring, sir.”

The class erupted in laughter. F FATIMA B. BADURIA