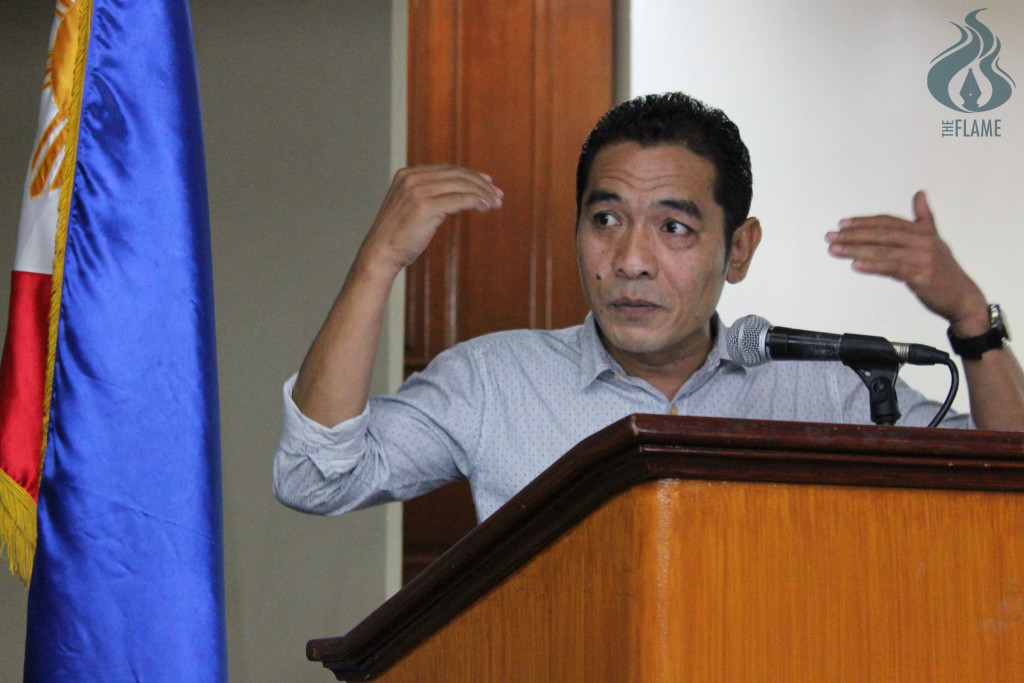 BEING A journalist is a tough profession, but it is tougher under President Rodrigo Duterte’s administration.

This was how seasoned journalists from the Philippine Star (PhilStar) viewed the current state of journalism in the country in a seminar titled How Press Works: The Press Under President Duterte.

Journalists are confronted with difficulties in interpreting Duterte’s statements and in writing stories because he is the “hardest president to read,” senior reporter Giovanni Nilles claimed.

“He (Duterte) thinks out of the box, he delivers what he thinks for whatever comes to his mind,” Nilles, who covers the Malacañang, said. “[Journalists] have to make sure of what he is saying kasi kapag ni-report mo ‘yan, [tapos] hindi mo masyadong na-gets, chances are ‘yung magbabasa di niya rin magi-gets.”

Duterte is known for saying controversial remarks that are later on clarified by his Cabinet members, such as his threat to withdraw the country’s membership in the United Nations.

Business reporter Prinz Magtulis said journalists under the present administration are bound to forget the context of their stories, especially when the president often jumps from one topic to another in his talks.

“We, as journalism students and journalists, are the people who are to elevate the discussion. We are those who make possible for the talk to become deeper,” he said.

Magtulis, who is a UST Journalism alumnus, said journalists should provide background data in their stories to give the readers their own judgment regarding an issue.

“A lot of journalists want to give up already because of all the twists and turns [of Duterte’s decisions],” Regalado said, considering Duterte’s repeated remarks over threats of cutting ties with the United States and building better alliance with China and Russia that have since sparked confusion on the foreign policy of the Philippines.

Regalado, a social media reporter, added that social media platforms contribute to the spread of “hoax” and “troll” news.

Jan Victor Mateo also acknowledged that there is a competition between major news outlets and blog sites in terms of providing news to the public but said that journalists have more job to do than other sources of information.

“Hindi dahil sinabi ng isang tao ‘yung isang bagay, and you’ll report it, tapos na ‘yung trabaho mo. You have to make sure that you give them the information that they need in order for them to make the right decisions and to make their lives better,” Mateo, who reports on human rights, said.

The Flame, the official student publication of the Faculty of Arts and Letters, organized the forum held yesterday in line with its 52nd anniversary. F ANGELIQUE ANNE F. TORRES