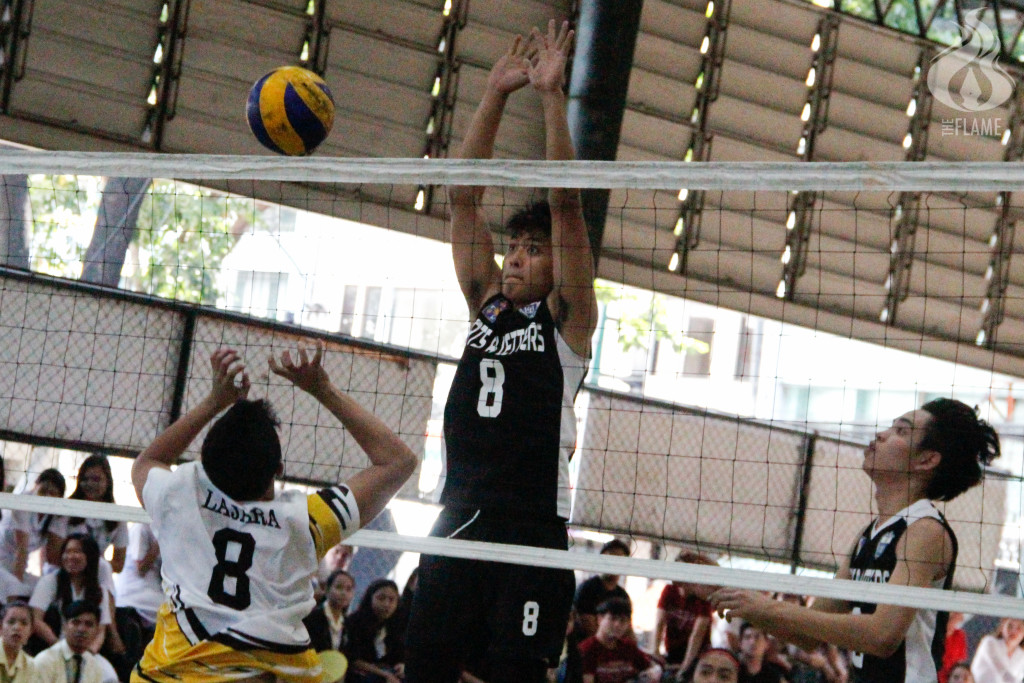 THE FACULTY of Arts and Letters (AB) Men’s Volleyball Team is now one step away from this year’s Thomasian Goodwill Games championship after wiping out the College of Commerce and Business Administration (Commerce) during their intense semifinals match Monday at the P. Noval Court.

The Dapitan-based squad struggled to set the tone during the first frame because of the errors committed by its players, giving Commerce a quick nine-point lead, 12-21.

But the spikes and blocks of AB’s Russel Wilfred Estrada, Desmund Gerardo, and John David, along with Commerce’s errors, rewarded AB with 12 points and evened the set at 23-23.

Commerce’s Josh Liñan and Thomas Joshua Garcia tried to redeem their team with their forceful spikes, but were too late when AB’s Wayne Parulan ended the first frame with his signature hit, 28-26.

Intense spikes and blocks from the two teams paraded in the second set, resulting in a close match.

Commerce team captain Karol Jan Purificacion and Garcia attempted to land strong attacks to their opponent’s court but were denied by Estrada and Mercado’s double blocks.

Firing up in the third set, Commerce regained its momentum through its quick moves and attacks while AB suffered multiple errors that brought the set to 20-15, in favor of Commerce.

Estrada and Parulan’s spikes cut down Commerce’s lead to three but AB continued its faulty run, conceding the third set to Commerce, 25-22.

Commerce’s Lance Lim and Garcia teamed up and launched their strategic hits and attacks, aiming to extend the match. But Parulan unleashed a spike that gave AB the match point advantage, 24-21.

Commerce’s error handed AB the ticket to the Goodwill finals, 25-22.