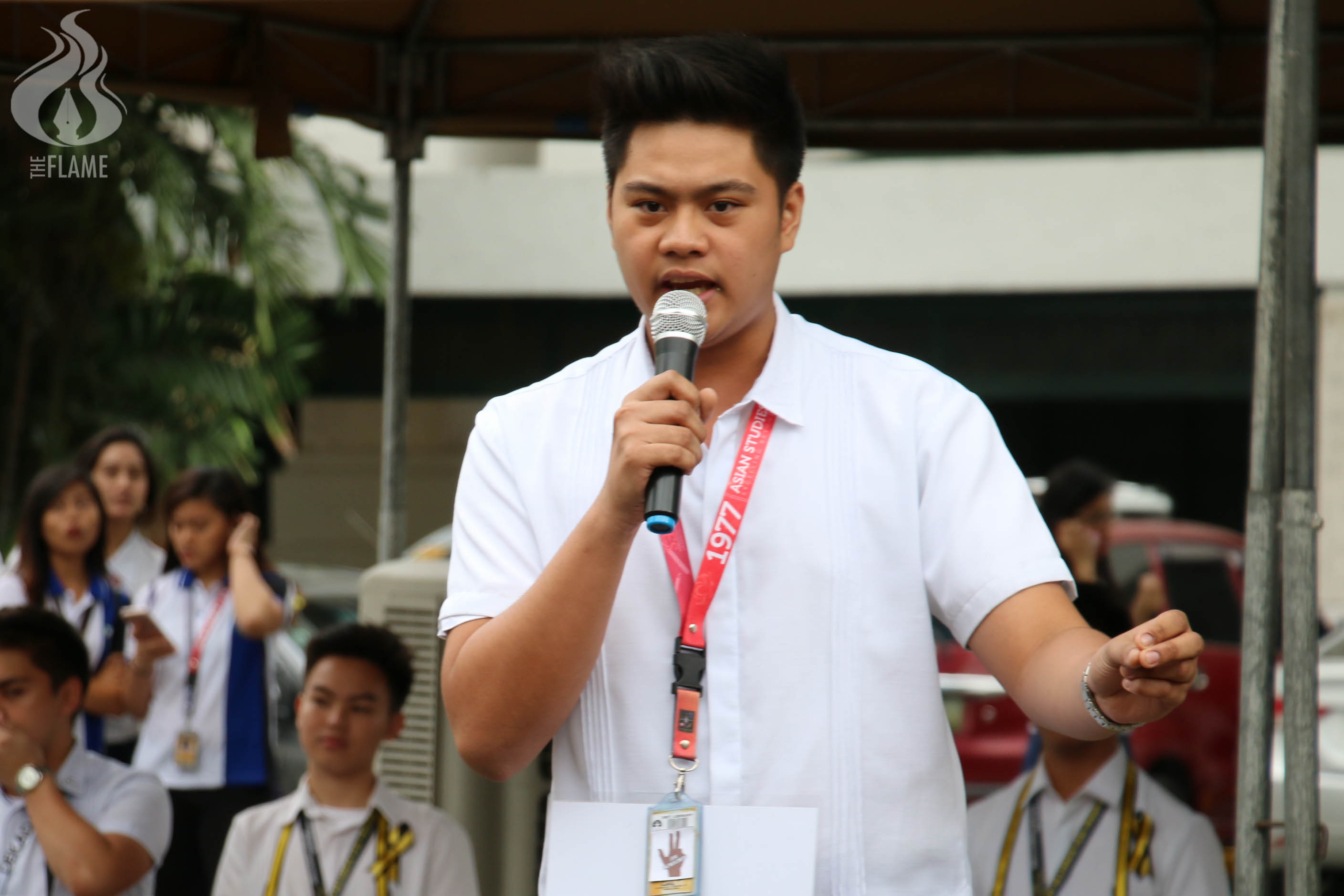 THE ARTS and Letters Student Council (ABSC) on Tuesday condemned the decision of the Central Judiciary Board (CJB) to disregard “abstain” in the recent Central Student Council (CSC) polls while ABSC vice president-external blamed the UST Central Commission on Elections (Comelec) for the election mess.

In a statement, the ABSC said it will not support the judiciary board’s decision despite understanding the legal basis of the claims given by CSC presidential bet Steven Grecia and ABSC vice president for internal affairs candidate Daniela Angela Frigillana.

“We will uphold the choice of our members and their right to choose their own leaders, even though there was no mention of the word ‘abstain’ in our constitution, either,” the statement read.

The ABSC called on the CJB to reconsider its decision and “reflect upon the decision of the Thomasians.”

“The law is made for man, and so it should adjust accordingly for his betterment. […] We, the Artlets Student Council, ourselves put trust in their decisions and we hope that the CJB would do the same,” the statement added.

In a resolution dated June 28, the CJB ordered the Central Comelec to proclaim the CSC candidates with the highest number of votes in the elections as winners, following contentions from Grecia and Frigillana on the poll body’s interpretation of abstentions as rejection of candidates by the Thomasians.

ABSC President Reymark Simbulan said the judiciary board’s decision left him “shocked, angry, and disappointed,” stressing that in the Faculty of Arts and Letters, it has been customary to conduct special elections to fill vacant positions.

“I wouldn’t blame Ms. Frigillana if she filed a complaint, seeing that the ABSC constitution didn’t mention the word ‘abstain,’ either. Still, I expected more from her and hoped that she would have at least respected the Artlets’ decision,” Simbulan said in an online exchange.

“[I] want to make clear that the ABSC is against the CJB’s decision. Still, I would not put the blame on the CJB nor to the people who filed their complaints. But rather, on the existing charters and constitutions that govern the students,” he added.

“With all due respect to the Comelec, this (current election scenario) is an outright product of their incompetence, if not negligence, putting an out-of-whim definition of ‘abstain’ without knowledge of the [election] law,” Valera told the Flame.

Valera clarified that he supports the stand of the ABSC, but affirmed that the Central Comelec violated the UST Students’ Election Code (USEC) of 2011 for including “abstain” in the ballot.

“[T]o clear up things, my views are not contrary to the stand of ABSC,” he said. “I hope that this could also call for speculation if the Central Comelec [is] really doing their job properly, or [were] they just power-trippers during [the] election period. [The] Comelec should admit they were wrong.”

The judiciary board also said the Central Comelec erred in its interpretation of the overwhelming number of ‘abstain’ as Thomasians’ rejection of candidates, arguing that the poll body has no power to speculate on the intention of the voters.