THE UST Central Student Council (CSC) and student councils of other Catholic universities urged the Senate to pass the Sexual Orientation and Gender Identity and Expression (SOGIE) Bill in a joint statement released Tuesday.

“[We] urge the Senate’s leadership and its members to stop the delay on the SOGIE Equality Bill and move for its approval. We must forge a society grounded on equality – NOW,” the statement read.

The Lesbian, Gay, Bisexual, and Transgender (LGBT) community suffers persecution and discrimination every day, “deprived of the full enjoyment of their rights,” the statement claimed. 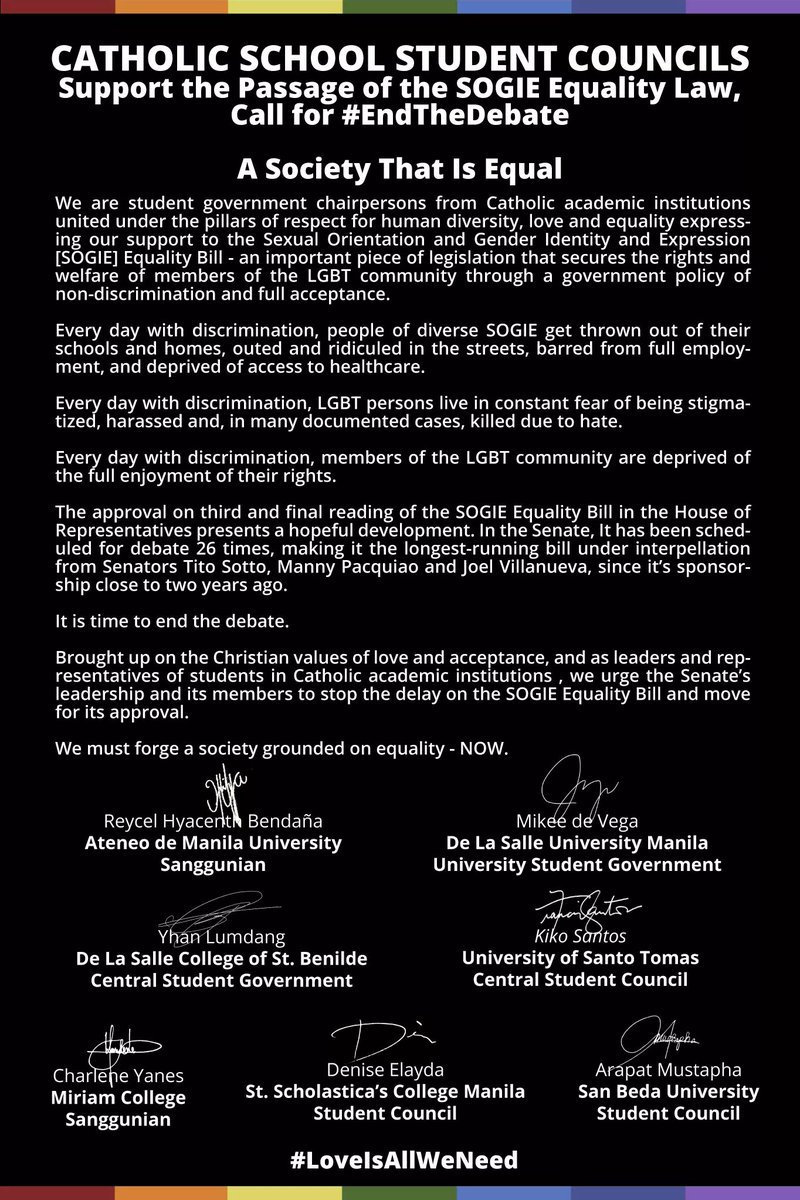 “Every day with discrimination, LGBT persons live in constant fear of being stigmatized, harassed, and, in many documented cases, killed due to hate.”

The statement also noted that the SOGIE Bill is the longest-running bill in the country after having been scheduled for debate 26 times since its sponsorship in 2000 by then-Senator Miriam Defensor Santiago.

In September last year, the House of Representatives voted 198-0 in favor of the bill. F