by JANIS MOISES and KAYE PANDANAN 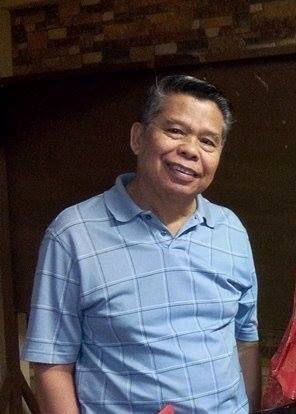 Dalangin finished his bachelor’s degree in science education in 1973 and gained a master’s degree in history in 2003 at Western Philippine Colleges in Batangas.

The UST Asian Studies Society offered condolences to the bereaved family through their official  Facebook and Twitter pages.

“Asian Studies Society mourns the passing of Assoc Prof. Carlito Dalangin, one the pioneering professors and former coordinator of ASSOC. We express our condolences to the bereaved loved ones and join them in praying for the eternal repose of the soul of Mr. Dalangin,” UST-ASSOC tweeted last Oct. 25.

The family and students of Dalangin expressed their grief through Facebook posts as they reminisced their memories with him.

Enrico Cobangbang, a former student of Dalangin from AB Communication Arts Batch of 2008, described him as a brilliant man and “master of Philippine History.”

“I respect him so much that even if we did not have a personal relationship beyond the walls of our classroom, I knew in my heart that he was a good man and he was among the best educators that I’ve ever got the chance to meet,” he said.F