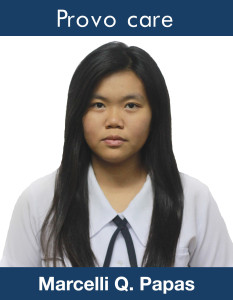 “ILANG ARAW na lang, Beep card na po ang gagamitin sa lahat ng mga istasyon ng LRT!” exclaimed the sales person from one of the Light Rail Transit’s (LRT) busiest terminal stations, while I was buying my first ever tap-and-go card.
For regular train riders like me, a change this big is painful. This year, the LRT and the MRT saw the transition from the old magnetic card ticketing system to the Automatic Fare Collection System (AFCS).

Everything became easier and more convenient, as the Beep card, only worth P20, can be used up to four years, and can be reloaded in any station. Regardless of the train you frequently ride, the Beep card can help reduce hassle transfers from one train line to the other, which required different kinds of magnetic cards before.

However, despite the convenience it has brought, some argue that it has caused longer queues, and that a change in the fare collection system is unnecessary. Even after train fare hikes, regular train riders, to whom the government has pledged better rail services, have not seen any improvement so far in the train cars, as well as the different facilities of the stations.

The case of the MRT is completely paradoxical to everything that the government has promised. It gained notoriety after it overshot in its Taft station August last year, along with several instances of train breakdowns and broken train cars. Its North Avenue station still has kilometric queues and passengers still squeeze their way in and out of the trains.

Meanwhile, the LRT 1, which runs from Monumento to Baclaran, is yet to address issues about the maintenance of its stations, as well as the overcrowding of the train sets during peak hours.
LRT 2, the younger counterpart, also faces issues such as dysfunctional air conditioning units, broken escalators and elevators, slippery platforms, and footbridges with holes in its roof.

Looking through the situation of Manila’s main train lines, I am convinced that drastic changes need to take place in order to address all these issues. Trains provide an alternative to avoid traffic and get to our destinations faster, and it is obviously cheaper than riding a cab. But even with better fare collection and the promise of better services, ordinary people just opt to use their own vehicles or resort to other forms of mass transport to avoid experiencing delays in train operations.

Perhaps the tap-and-go ticketing system is not enough to be called an “improvement.” The government should exert more effort to translate their words into action, as the riding public has waited for so long only to have their hopes tapped and then their promises go eventually. F