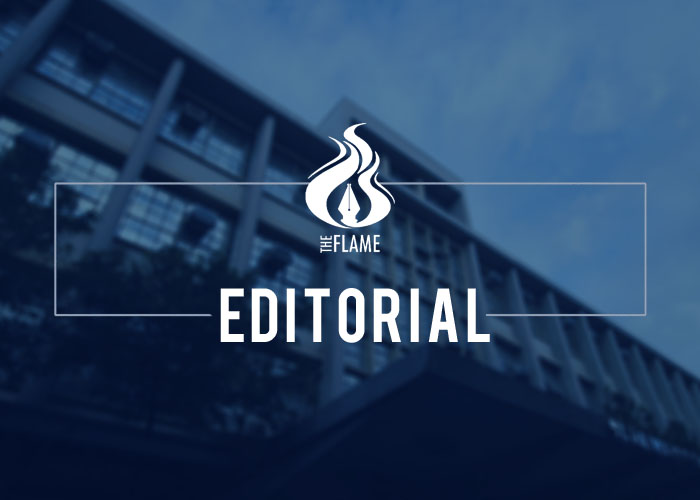 THE ARREST of Rappler CEO and Executive Editor Maria Ressa hardly came as a shock to anyone even remotely aware of the recent issues surrounding the news website, most especially Ressa herself, who has taken a beating from both the administration and the public in the years since Duterte took office for Rappler’s critical coverage of the Duterte regime.

While the government was busy scrutinizing the law in search of loopholes to get Ressa behind bars, the public gladly did Duterte’s bidding by placing her at the center of a social media persecution in which she and the start-up she founded were the usual targets of ruthless and relentless insults and often baseless accusations.

While the comments and tweets might have been easy to simply ignore, the legal actions eventually taken by the government against her and Rappler were not as easy to brush off. In 2017, the Securities and Exchange Commission revoked Rappler’s license to operate; in 2018, its Palace reporter Pia Ranada was barred from entering Malacañang and covering the president.

On Wednesday, the Duterte administration finally hit its home run: Ressa was arrested by National Bureau of Investigation agents in civilian clothes on the very hour when courts were about to close, effectively rendering her powerless and forcing her to spend the night in detainment. She was able to post bail on the afternoon of the next day, making even more clear the already obvious fact that the arrest was merely another power play meant to give her a taste of jail in the hopes of intimidating her into silence or submission.

In every single one of the government’s face offs with Ressa and Rappler, the public was its willing and eager enabler, cheering louder with every case filed and snapping at anyone who dares question the administration’s efforts to undermine press freedom. They successfully built a digital echo chamber in which dissenters are sure to get swarmed with hateful responses by trolls and real supporters alike.

What is the media to do when the public whose best interest it swore to serve turns its back on them in favor of an authoritarian incapable of handling criticism and scrutiny? They continue to do the job anyway, still and always for the public. Good reporting is its own reward, and it will create change regardless of whether or not readers find it agreeable. Journalism, after all, is indifferent to biases; it concerns itself only with the truth.

In these dark times when the media is being threatened in all parts of the world, it bears repeating that the press was designed to be adversarial to the government, not simply for the purpose of antagonizing those in power, but to keep them in check and to hold them to account. The media’s dedication to its watchdog role is perhaps the public’s strongest defense against abuses of power; history has proven that all dictatorships are but fleeting entities in the presence of a robust and free press.

As the world watches on for the government’s next step in Ressa’s case, now is as perfect a time as any for Duterte to prove that this is not personal by loosening his clamps on the Philippine press. Regardless of how the next sequence of events will turn out, the media and its supporters can take solace in the fact that history will judge kindly in their favor in the end. F