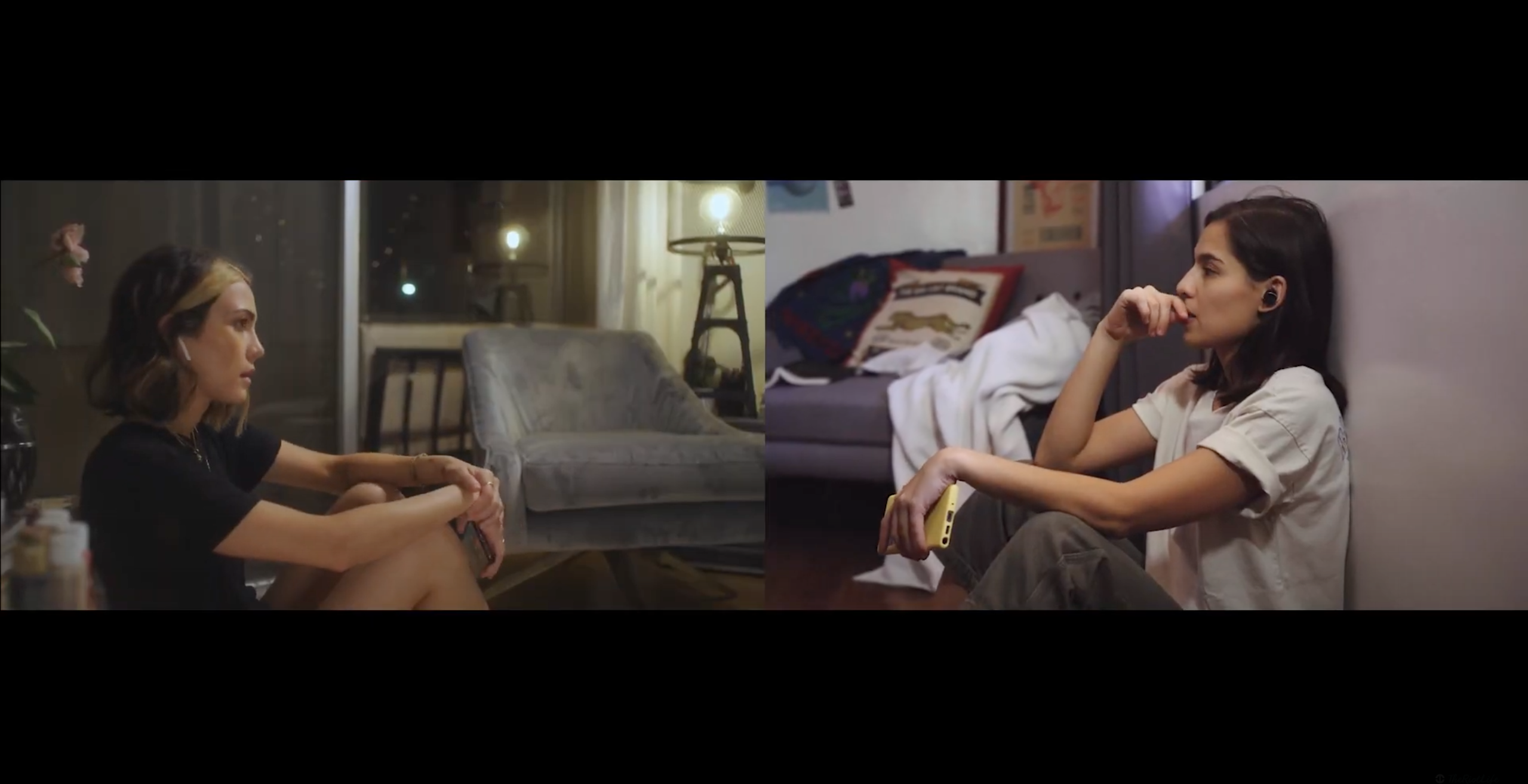 LONG-DISTANCE RELATIONSHIP is hardly an easy feat. There will always be this sense of longing for the presence of that loved one. Video calls and text messages never seem to be enough to satisfy the feeling of loneliness that comes with the situation. The ongoing pandemic left everyone to cope in the confines of their home, with some even living away from their families. This challenge of being kept apart by distance is considerably felt by all as quarantine continues.

The short film Until It’s Safe, written and directed by Samantha Lee together with Ella Lentini, captures the spectacle of being away from one’s love when lockdowns are in place. It is an LGBTQIA+ themed love story shot in both Los Angeles and Manila by a crew consisting of only four women. The film is available to stream for free on Outfest Now.

With its clever utilization of screen partition, it conveys the story of two individuals, Max (Jasmine Curtis-Smith) and Harper (Ella Lentini), who are in a long-distance relationship in the middle of the pandemic. Each scene immerses its viewers with the imagery of the ups and downs of their relationship. It borders on their yearning for the presence of the other as their time apart lengthens more than initially planned. The challenge of distance became a test for the strength of their bond throughout the course of the film.

One of the aspects of the film that is worth noting is the cinematography. The way the screen is split to showcase two different locations simultaneously is impressive for it brings a unique quality to the story. It also allows the audience to gain a more realistic perspective of the pair’s relationship, exhibiting the reality of living in these tough times. Likewise, the method of showing two scenes occurring at once gives an opportunity for creative angles that give more depth to the scene. An example of this is when the characters face each other as they argued, seeming like they were in the same room.

Another notable feature is the prominent use of warm and cool tones. These denote the time-zone difference that separates the two lovers. It is established at the beginning with Max, who is in Manila, having the warmer color palette. On the other hand, Harper, who is residing in Los Angeles, has the cooler shade. This could also be further interpreted as an implication of their characters’ personalities since Max has a more upbeat attitude in contrast to Harper’s more serious demeanor.

Meanwhile, the actresses’ portrayal of the characters feels natural. This is seen in various parts of the film where Max and Harper display their weariness at the end of each call, denoting the exhaustion of their distant love. It does not stray from the reality of how long-distance relationships are, giving the opportunity for the audience to relate to them. The way every non-verbal action is executed while two different perspectives are shown is commendable since it adds more depth to the narrative of the story.

At one point in the film, the couple recites a poem that further depicts the relevance of their different time-zones. It explicitly mentions how their clocks are always two seconds apart. The use of a two-second delay as they both recite the piece gave further emphasis to this. As Harper finishes the poem first, Max lagging behind insinuates the foreshadowing of the trials of their long-distance romance as the last line asks the possibility of them wasting their time on each other. This delay was also used whenever they talk over the phone to reassess their relationship. It could serve as a symbol for the perils of a bond barred by distance.

The pandemic continues to separate loved ones from each other and this might cause relationships to find difficulty in sustaining themselves. However, Until It’s Safe conveys the message that despite the distance that keeps people apart, their desire to be in the presence of the other strengthens their bond even more. It is with this sense of longing that gives them the opportunity to deepen their connection with one another. No matter what hardship they would find themselves in, their relationship would prove to be strong enough for them to overcome it together. F