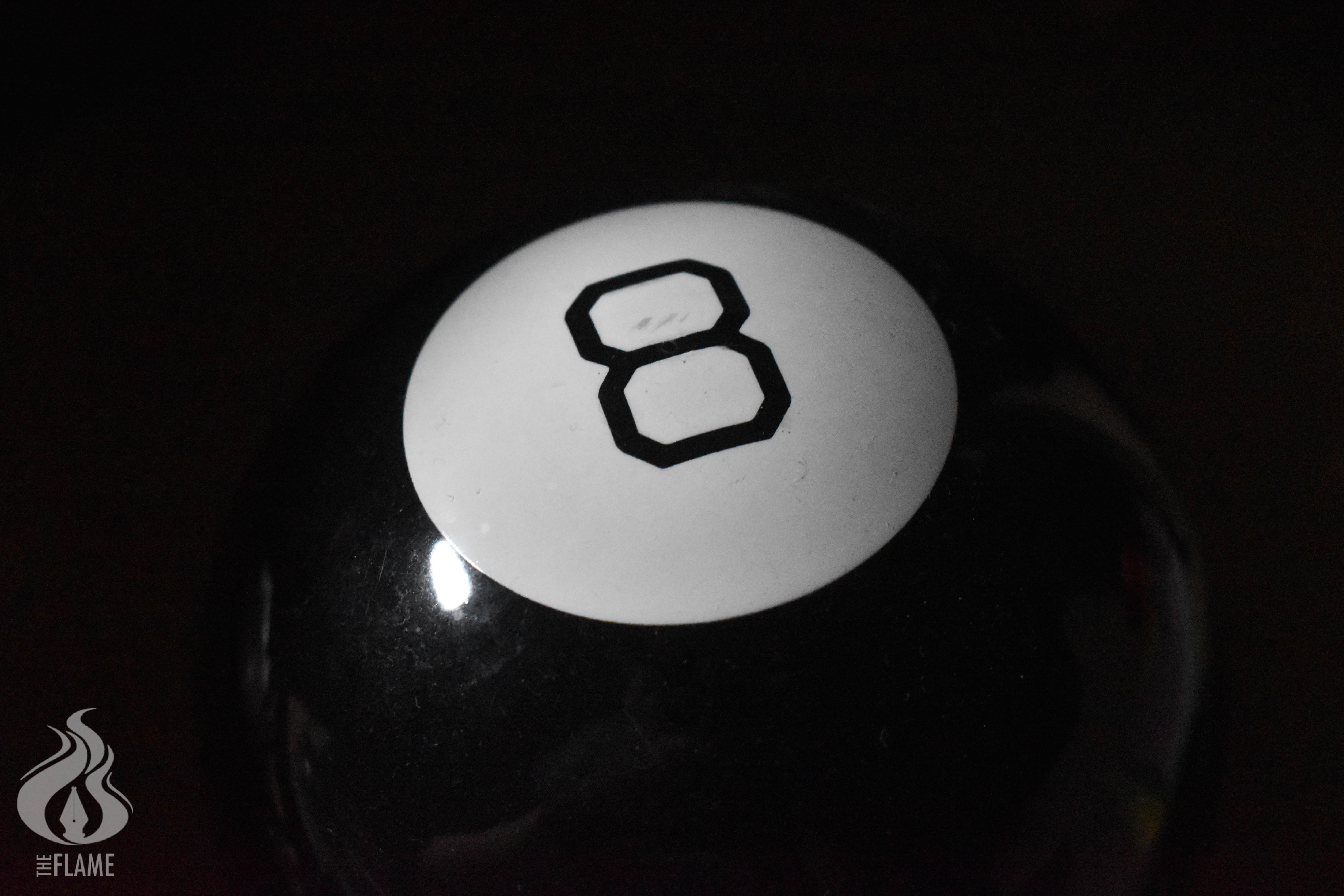 She laid on her bed as the monotonous voice from the recorded lecture filled her silent room. At this point, she could no longer make sense of her professor’s words as exhaustion began to weigh her down. She stared blankly at the ceiling, letting her thoughts drift about in that darkly lit room.

She could barely remember what motivation felt like. Back then, she was always eager for what was to come. But now, the future no longer seemed as bright as it used to be.

As she turned away from the ceiling, her eyes hovered over the shelf filled with books she no longer desired to read. They stood among various trinkets of memories she kept all these years: a jar of decorative rocks, an unopened deck of tarot cards, a badly sculpted bar made of soap, and a Magic 8-Ball.

Upon seeing its spherical shape, she sat up and paused the recording to take it from its spot on the shelf. She could still remember the times it answered her questions when she was in doubt. It became a source of reassurance, as it always seemed to give the answers that she wanted to hear.

Clutching the Magic 8-Ball tightly, she closed her eyes shut as asked her question out loud in a desperate tone. “Will things ever go back to the way they were?”

After shaking the ball, she slowly opened her eyes. Her hopeful gaze was soon replaced by pure dread as she read its blunt and cruel answer: “Don’t count on it.” F ABIGAIL M. ADRIATICO