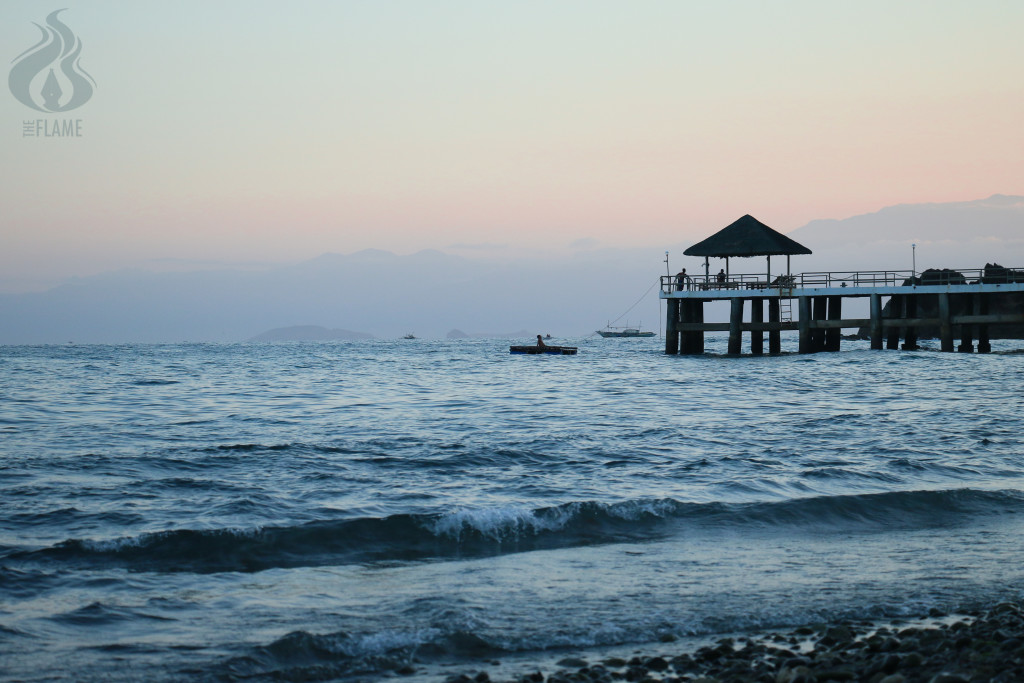 He returns to the time his father taught him how to swim in the ocean.

As half of their bodies were submerged under water, he felt how the sole of his father’s left foot touched his right leg when he thrust to demonstrate a basic stroke. He watched him float and rotate his arms, sweeping the water to move forward. His father paddled a few meters away from him, creating waves that splashed all over his face. When he finished wiping his face with his hands, he saw his father making his way towards him. With droplets of water trickling down from his hair to his face, his father compelled him to do the same.

As he was being observed by his father from behind, the nine-year-old boy tried to kick using his right foot, but exerted too much force with toes curled—creating tension for the muscles of his calf to involuntarily contract, bringing forth a surge of excruciating pain. His face contorted as he opened his mouth to scream. But seawater rushed inside, forcing his entirety to submerge.

Consciousness slowly escaped his body. Both his eyes shut, his body numbed as he sank deeper. Until a pair of arms tightly enveloped his waist, lifting him towards the surface and to the rocky shores where he was revived by resuscitation. Almost indistinguishable from seawater, tears incessantly flowed out of the ducts of his eyes as he gratefully embraced him.

Yet he stands once again on the same shores. Waves wash over his feet. Its coldness, in synchrony with the northern breeze, seeps through his skin. The sun has set down, and clouds have piled above for the arrival of dusk. He wishes to dive with his father for the last time, but the latter’s soul has long been floating somewhere unreachable. F