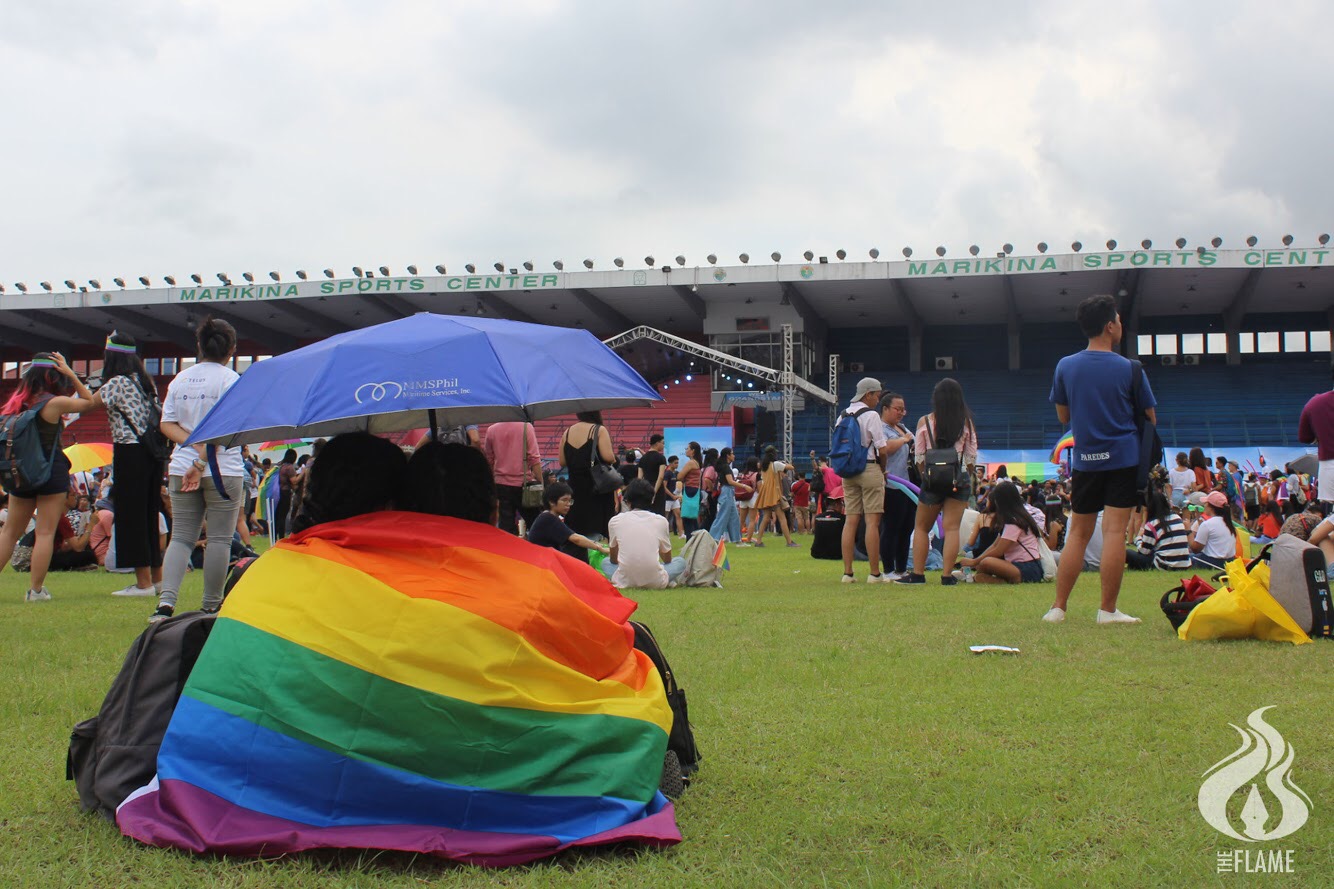 THE LUMINANCE of the radiant sun collides with the water leaking from the formless smoke of air, creating a multihued semblance of spectacular colors.

Consisting of varying colors and hues, a perfect bow washes the firmament with gentleness: an optical illusion in the skyline that signifies a covenant between humanity and God. Today, the symbol of unity creates conflicting creeds as to how harmony and diversity will be achieved.

For a long time, the horizon of diverse sexuality was imbrued with adversity which impeded the growth of affection and progress of equality. The abstraction of light darkens the lucent symbol of hope—a flickering blaze of colors on the brink of demise.

However, the arc of light is not dependent on radiance and rain alone. It will never cease to illuminate amid the darkness of woe. The prism will always gleam the brightest—resolute on its own and faithful by form. In the same vein, when dusk devours the smallest sun rays, the moon will shine along with the light reflecting from the resting sun, striking the water droplets leaking from the clouds, then forming the moonbow—the crescent of light pulsing amid abundant darkness.

The battle for equality has a long way to go, but the harmonious colors building the curve will continue to stand against injustices and strive to establish the emblem of diversity formed by their various identities. F RYAN PIOLO U. VELUZ