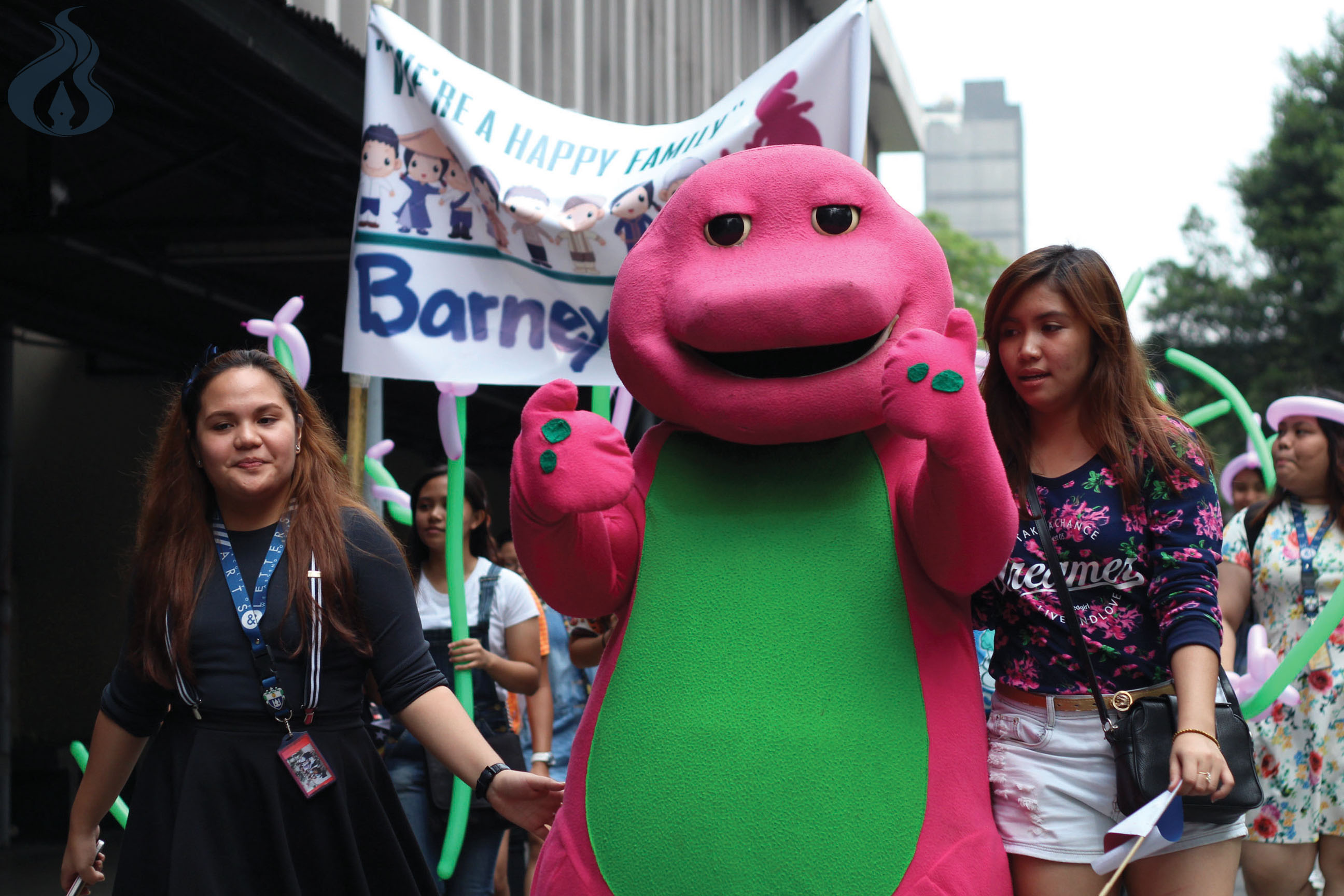 LEGAL MANAGEMENT (LM) senior Edrea Jean Ramirez has been studying in the University for almost four years, but this year’s celebration of the Faculty of Arts and Letters (AB) Week was “the only time [she] genuinely felt that we are indeed celebrating.”

Ramirez is just one of the Artlets who gave positive comments about the Faculty’s celebration of its founding anniversary, with others saying it was “absolutely fun” or “much felt this year.” 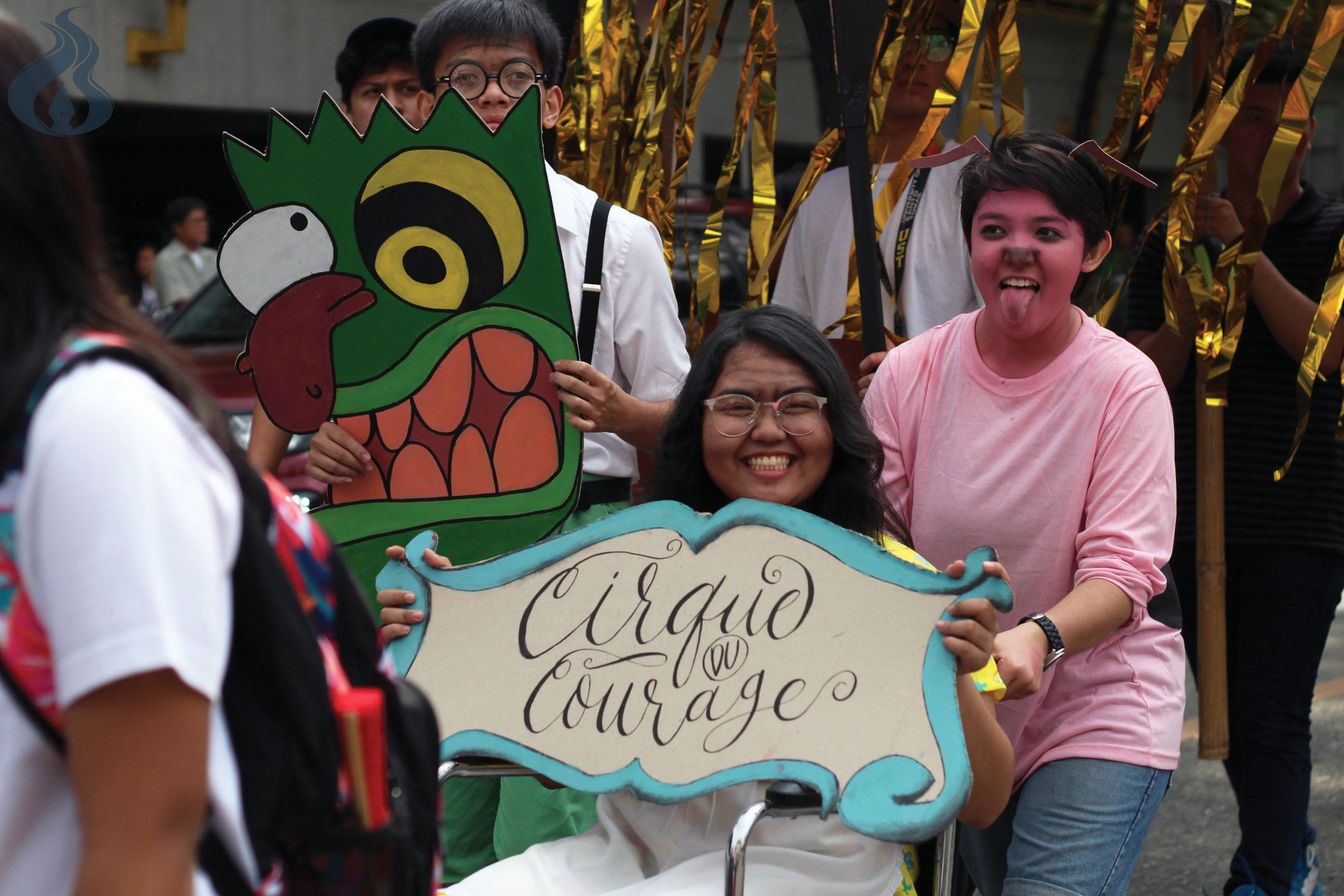 Some students also commended the student council for making this year’s celebration “better” than the previous ones.

Behavioral Science junior Krishelle Luna said it was “overall a successful week” as it was felt not only by Artlets but also by students from other colleges.

Luna added, “The student council was able to step up with new and improved events, which were all widely publicized on social media.” 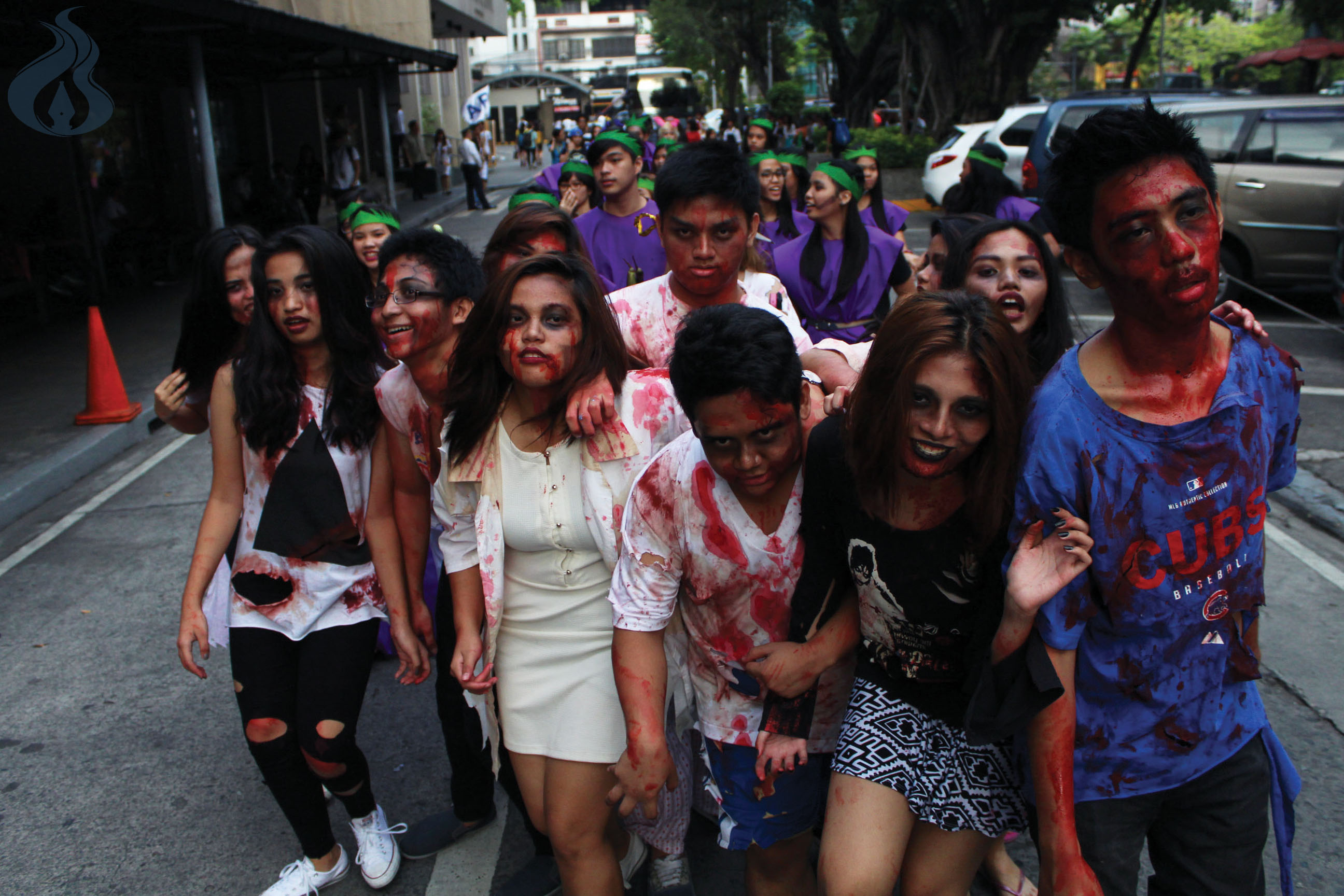 Likewise, LM sophomore Laiza Felise Fernandez said, “I really appreciated all the effort the ABSC went through to make AB Week livelier and bigger than it was last year…We’ll be looking forward to the next one.”

To mark the 120th anniversary of the establishment of then Faculty of Philosophy and Letters, ABSC organized the formation of a giant human AB at the UST Field where an estimated 2,300 Artlets participated. 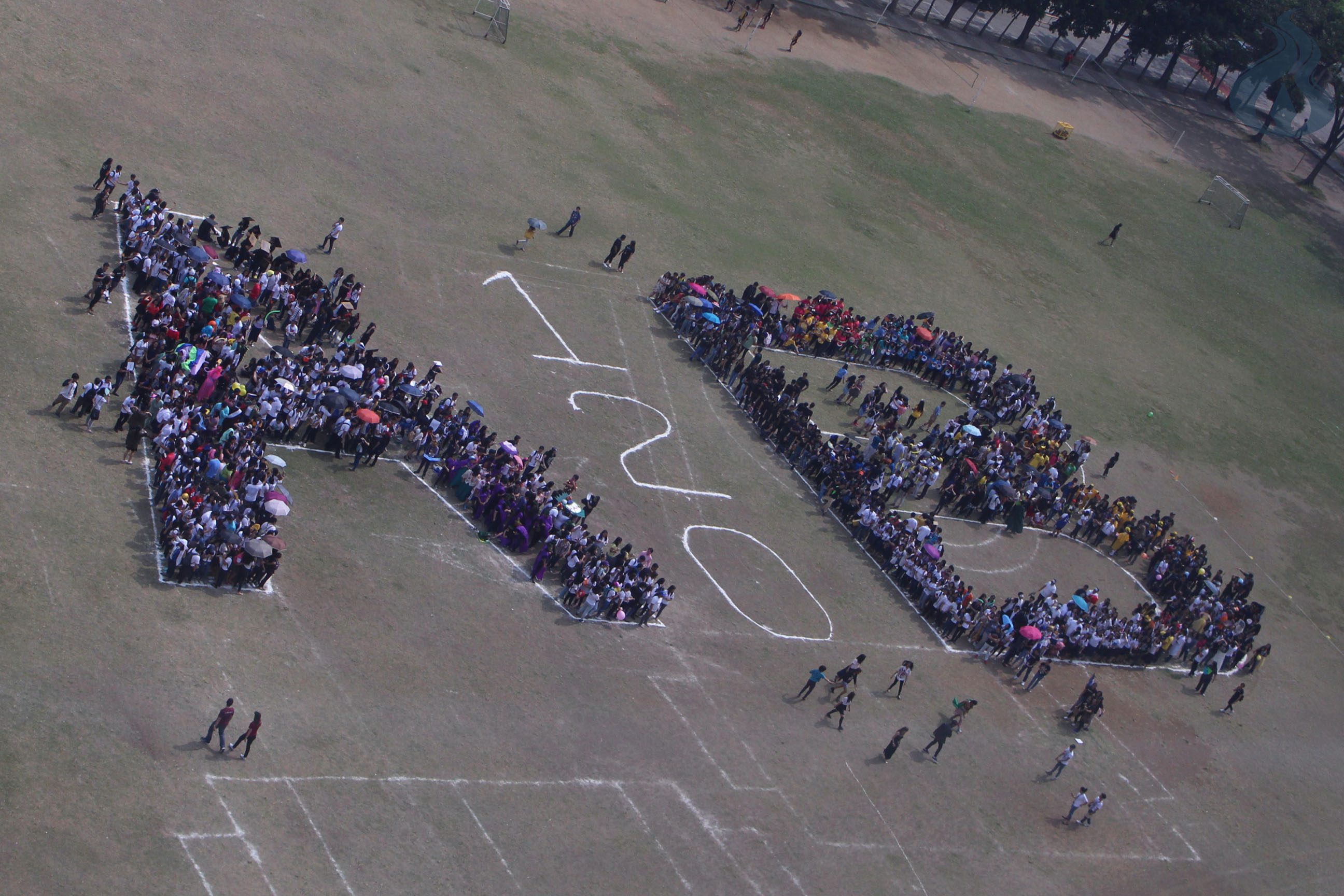 “I had fun, I actually did. It (AB Parade) felt like I was in a movement rally, except with costumes and stuff,” Literature freshman Azfar Pastor said, however noting that both the parade and human AB would have been better if “we only moved a bit faster and avoided the wait we endured.”

However, despite ABSC’s efforts to raise the bar, some Artlets expressed their dismay over the non-suspension of classes.

“AB Week? I didn’t know it was a week. For me, it’s just a day or two because of the parade and the concert. A week in AB with no classes but have activities to learn would be better,” Sociology major Shanen Palec said.

Journalism sophomore Sigrid Garcia said the fact there were more events in this year’s AB Week – 11 from last year’s seven – made it better.

The celebration even ended with a bang, literally, as fireworks lit up the sky after “Skylight: AB Concert,” which showcased the Faculty’s homegrown talents such as Himigsikan 2015 solo champion Jessa Buensalida and band category champion Krispy Krewe.

The AB crowd also enjoyed performances of invited bands such as Hale and Papapeta. 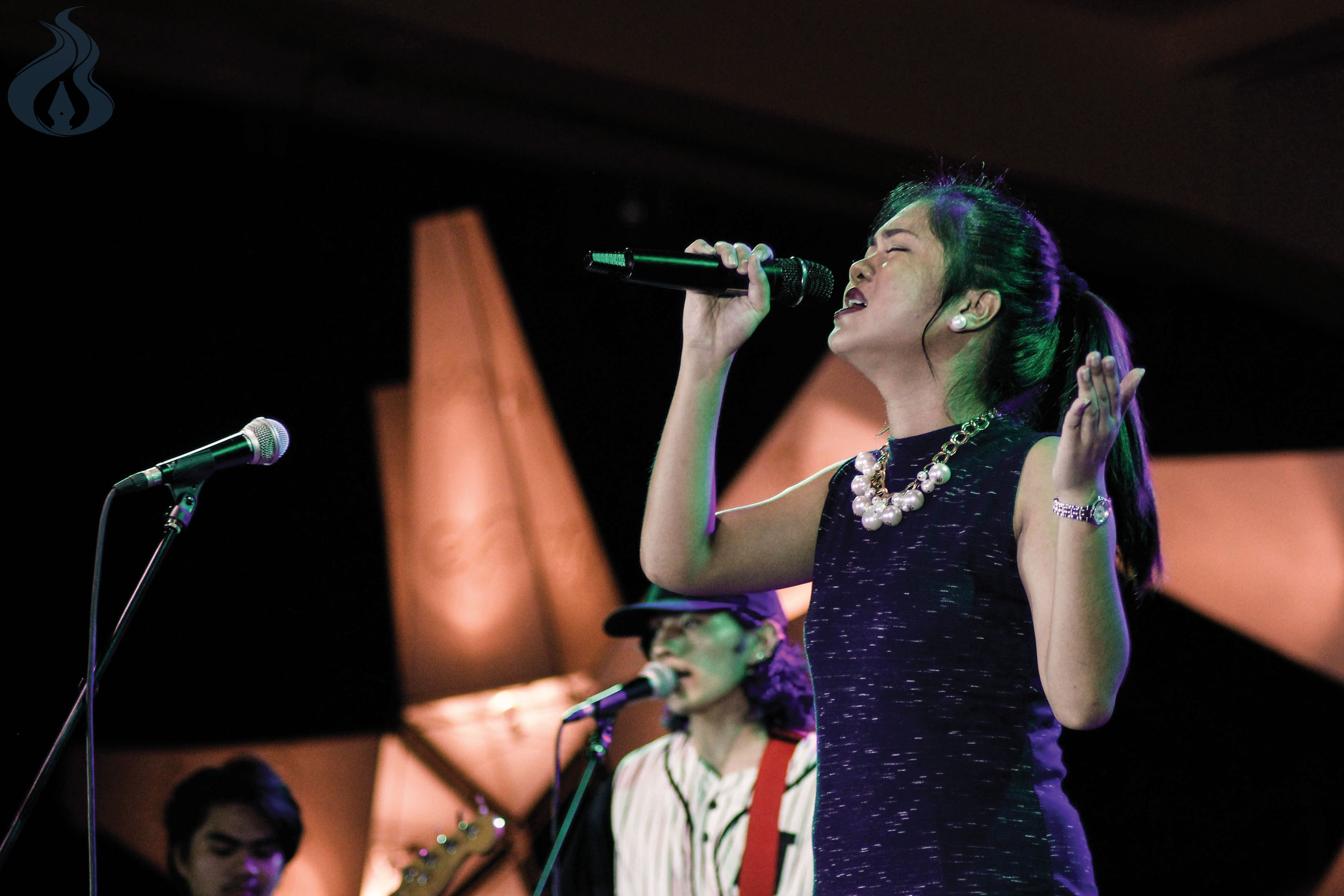 Meanwhile, senatorial bets Susan “Toots” Ople and Roman Romulo bared their platforms to students in the “I AM: Senatorial Open Forum 2016.”

Echoing the AB community, ABSC Treasurer Geraldine Yu said this year’s AB Week was a fruitful celebration. “For me, super successful (ng AB Week) because of all the feedback we heard from the AB student body, even from the faculty and the admin,” Yu said. “And even with the limited budget we had, we were still able to give the best that we could offer to AB.” F CHRISTIAN DE LANO M. DEIPARINE, KRYSTAL GAYLE R. DIGAY, MIKKAH F. FACTOR, and KIMVIRLY P. ZAYAT