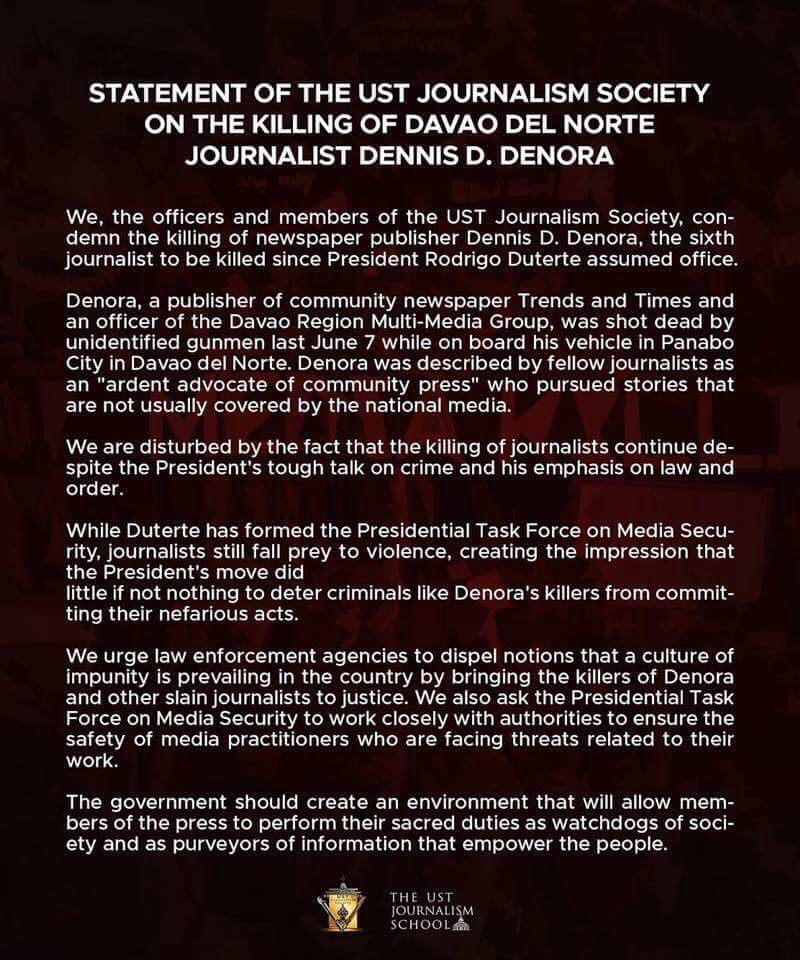 “While Duterte has formed the [PTFoMS], journalists still fall prey to violence, creating the impression that the president’s move did little if nothing to deter criminals like Denora’s killers from committing their nefarious acts,” the statement read.

Denora was shot on June 7 in Panabo City by two men on a motorcycle. He was a publisher of the community paper Trends and Times.

JournSoc urged the task force to collaborate with local authorities to serve justice to Denora’s death.

“The government should create an environment that will allow members of the press to perform their sacred duties as watchdogs of society and as purveyors of information that empower the people,” the statement concluded.

The PTFoMS released a statement on Thursday decrying the death of Denora and promising a full investigation.

“The [PTFoMS] is deeply saddened and condemns, in the strongest possible terms, the killing of newspaper publisher Dennis D. Denora, a member of the Davao Region Multi-Media Group at about 2 pm today in Panabo City, Davao del Norte,” the task force’s statement read.

The PTFoMS said on its Facebook page that it is currently reviewing CCTV footage from the area and that it has submitted two cellphones owned by Denora for forensic examination to the Anti-Cybercrime Group. F