By: KRISTINE AGUSTIN and BEA RONIO 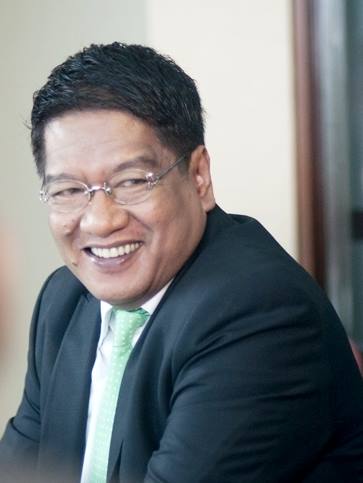 Former communications department chair Ramon ‘Bong’ Osorio passed away on Thursday due to brain tumor, according to ABS-CBN. He was 66.

Osorio is an alumnus of the University’s Communication Arts degree program and has been a part of student publications, The Flame and Varsitarian.

He served as an academician in the University and the department chair of Communication and Media Studies in the Faculty of Arts and Letters for 17 years.

As an educator, Osorio was a recipient of the Agora award for Outstanding Achievement in Marketing Education from the Philippine Marketing Association in 2002 and The Outstanding Thomasian ALumni or TOTAL Award in 2003.

The public relations veteran was also a corporate communications head in ABS- CBN from 2007 until his mandatory retirement in 2013, and a columnist for The Philippine Star.

Osorio was once the president of the International Association of Business Communicators Philippines and the Public Relations Society of the Philippines.

Osorio was tireless in upholding communication as he served industry groups related to his field such as the Kapisanan ng mga Brodkaster ng Pilipinas Standards Authority, the Advertising Foundation of the Philippines, the Manila Overseas Press Club, and the National Council for Children’s Television.

“He was the reason why we spent Friday nights in the heart of Tondo with my media management classmates to finish projects we had to submit the morning next; and from where the myth of ‘Julius is most creative when he is in the bathroom’ sprang. It was due to him [that] we’ve realized our potential to be legit creative think-tanks,” Julius Fernandez, a former student of Osorio, said in a Facebook post.

The Communication Arts Students’ Association (CASA) made a farewell tribute dedicated to Osorio, “Under His Tutelage: #SalamatSirBong”, through the UST Tiger TV Facebook page. F