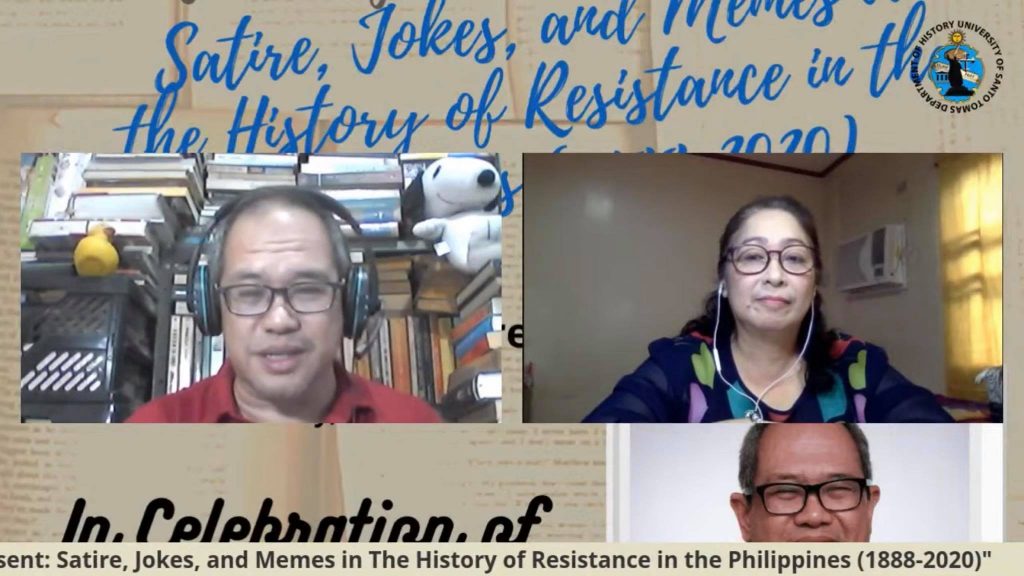 THE LAUGHTER of dissent is not the only way to fight back, but the way to start fighting back, according to Filipino history professor and playwright Jose Victor Torres.

“[It] continues today as [socio-political] awareness grows in society; whether it will have a visible effect on the people is still a question,” Torres said during a webinar last Friday.

He added that humor with political undertones can deliver a message to address the ills of society.

“[When] laughter of dissent suddenly happens, it shows a warning that [people] are laughing at you, [and] you better watch out because the laughter might change into something else,” he said.

As the country continues to grapple with the COVID-19 pandemic, Filipinos lighten the mood by cracking political jokes that could also bring out a spark of resistance.

Torres said memes are being used as articles of protest and are considered more popular with the advent of social media.

With the Cybercrime Law and the controversial Anti-Terrorism Law already in effect, threats to exercising the freedom of expression and the fundamental rights of the Filipinos have been heightened.

He added that these political jokes have been part of the Filipino history and could change lives beginning with a smile, and make the people aware of what is currently happening in the country.

The online seminar titled “The Laughter of Dissent: Satire, Jokes, and Memes in the History of Resistance in the Philippines (1888-2020)” was the fourth installment of a webinar series organized by the UST Department of History in celebration of this year’s History Month.F