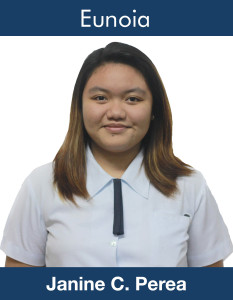 IT’S THAT time of the year again where we would bring out the dusty Christmas decorations after keeping them in a box for a year from our bodega. The streets would glow in green and red, markets would be filled with parols, Santa and Rudolph would be seen lighted up in the houses of our neighbours, and politicians’ faces would dominate banners greeting us a “Merry Christmas and a Happy New Year.”

Filipinos love the idea of Christmas—a season of forgiveness and sharing. And so, we don’t just celebrate it on the 25th of December but we start to feel the Christmas vibe as soon as the calendar shifts to “-ber” months. Politicians take this time to introduce themselves to the public by handing out free gifts, attending public gatherings and printing their faces to almost anywhere—mugs, t-shirts, umbrellas, pens, and even cars.

We were driving along Nagtahan Bridge in Manila when I saw a Toyota Innova with a huge print of a politician’s face. Beside his enormous name writes “Libreng Sakay.” If that’s the case, why do we even have to hire taxis when our politicians are there to fetch us? Or are they really willing to lend us a shot-gun seat? I highly doubt that. They turn invisible when we need them but they change into a cute puppy when they need us to vote for them.

After the Supreme Court decriminalized the premature campaigning of these politicians six years ago, the Commission on Elections cannot do anything about these “epal” political gimmicks because it is not against the law anyway.

Furthermore, the SC highlighted that “any person who files his certificate of candidacy within [the filing] period shall only be considered a candidate at the start of the campaign period for which he filed his certificate of candidacy.” No rules are broken and so the officials are free to stamp their faces anywhere, anytime.
In addition to the Republic Act 9369 or the Poll Automation Law, politicians’ improper acts could only be applicable and be punished by law upon the start of campaign period which is said to be set on October according to COMELEC.

This exception gives our politicians the excuse to do advertisements which are not even sincere. Netizens even say that political ads seem to be childish and are designed by 5-year olds. The same old “Para sa Masa!”and “Patungo sa Ika-uunlad ng Ekonomiya” will air in our televisions but we cannot help to cringe by the hideousness of these videos. The only thing I liked in these political ads is the catchy tunes of their songs.
That’s the truth in politics: an unending cycle of shaking hands, fake smiles, and disappearances. Politicians are the modern Houdinis.