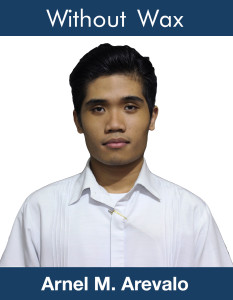 ALMOST FOUR years ago, former Arts and Letters Student Council (ABSC) Treasurer Mark Gil Quitoy stepped down from office. Surprisingly, it did not call the attention of Artlets. Only a few people knew what really happened that led to his resignation.

According to a reliable source who only spoke on the condition of anonymity, the former Students’ Democratic Party (SDP) stalwart resigned after he mishandled the council fund. Despite this, the Board of Majors (BOM) did not conduct an inquiry, as they let their Speaker coordinate with the Executive Board. My source believes that “their (ABSC and BOM) goal [was] to resolve the matter in utmost ‘quietness.’”

“But we (other BOM members) failed to realize [that] there could be an agenda as to why they were containing the issue, given that the BOM Speaker and Quitoy belonged to the same political party,” the source added.

Meanwhile, I learned from Asst. Dean Narcisa Tabirara that “an arrangement was already made” before the Faculty administration was informed of the incident. Thus, no sanction was given to Quitoy.

In complete contrast, former ABSC President Majann Lazo, Treasurer Julienne Avila, and four other council staffers were not afforded the same protection by the ABSC and BOM when they got involved in the missing council fund issue last year. In fact, the BOM issued an official statement, saying that Artlets should be informed “to uphold accountability and transparency within the AB community.”

Any inquisitive mind would quickly ask why the ABSC and BOM reacted differently in two similar cases.

The fact that politics had a role in the turn of events cannot be ruled out. For the sake of providing context, it is interesting to note the two different political landscapes during these times. During Quitoy’s time, SDP was the dominant party while Lazo and Avila were two lone wolves in a Dekada and Grand Alliance for Progress (GAP)-dominated executive board, being the only independent and SDP candidates, respectively, who got elected to office last year.

Our student leaders can argue that they had to disclose the missing council fund issue to the public since there was a phantom who took the money, but had they wanted to solve the problem in utmost secrecy just like what the ABSC and BOM did to Quitoy’s case, they could have done so. Instead, they allowed the matter to become “magnified,” as how Asst. Dean Tabirara described it.

Having known politics in AB for almost four years, I know that there are politicians who can resort to maligning others just to gain the upper hand. I dare say that there were also some who discreetly used the missing council fund issue to their advantage.

To avoid this from happening again, the BOM and ABSC should revisit their existing policies and procedures in handling internal conflicts, grievances, and impeachment procedures. Besides, the Flame has learned that the Office for Student Affairs wants student councils to revisit their constitutions in a constitutional convention. It would be the perfect time to do so. This will ensure that regardless of the dominant banner that clothes the council, justice and transparency will be upheld and no one will be exempted nor harmed. F