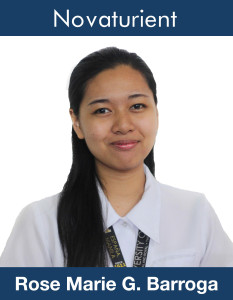 “AT LAST” were the only words I could say when I learned that the verdict on the case of the missing council fund was handed to concerned parties—that is, the former student council president and treasurer are banned from getting certificates of good moral character for their “gross negligence” of responsibilities, among other sanctions.

This is good news for the Artlet community. While there is still no definite answer as to who actually took the money, it is reassuring to know that there were actions taken, however belated, to serve as a warning for students who might get involved in similar cases in the future.

But as I acknowledge the administration’s efforts to seek justice, I dare say that had it not been for the attention given by campus publications like the Flame to provide an avenue where officials and students could express their sentiments on the issue, and to some extent, the pressure from some Artlets who staged a silent protest, the deliberation of the case could have taken longer, or worse, could have faded into oblivion.

For now, at least what we can acknowledge is our ability to demand more from people governing us and to urge them to take immediate actions on pressing issues. The more we demand, the more likely we will get what we deserve—or hopefully so.

Having said that, I urge Artlets to be relentless in demanding more from our administration, especially when it comes to matters that must have been solved years ago.

Problems such as not gaining the “cognitive ecstasy” we expect from some of our professors, not being satisfied with the curricula, not having enough rooms in St. Raymund’s to accommodate all of the students, and even seemingly petty matters like not using borrowed equipment without wasting so much time making them function as they should—these are not unsolvable.

The rants we occasionally pass on to our juniors more often than not only reinforce their pessimistic perception of the Faculty. Therefore, using our vivacity in mere tirades and not through appropriate avenues only makes our attempt to provide feedback futile.

For instance, as to the former, the faculty evaluation plays a huge role in our endeavor to be taught by highly competent professors. Allow me then to stress the importance of providing constructive comments so that both students and teachers could benefit from the assessment—eventually translating tens of thousands of pesos into quality education.

In the end, while we demand more from people governing us, we should not forget that we also have to expect more from ourselves. I have learned the hard way that cutting a class as a “rebellion” of some sort to unsatisfactory teaching would not change anything but your academic standing. If you demand a better place for learning, it is mandatory for you to start within. F