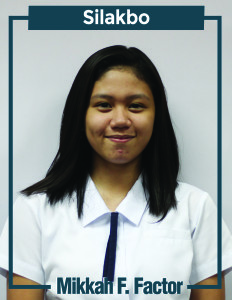 I REMEMBER it clearly—it was a Saturday and I was wearing my Type-B uniform. As I approached the water fountain, I came across my block mate who immediately noticed my shirt. “Buti ka pa may Type-B na,” she said. Puzzled, I replied, “Hala bakit kayo wala pa rin?”

While walking back to our room, it bothered me that some of my block mates are yet to receive their Type-B uniforms even until now that we are already in third year. As far as I can remember, we placed our orders when we were on the second term of our freshman year.

Two years later, the Type-B uniforms are still nowhere to be found for some Artlets. In a September 2015 report by the Flame, data showed that out of the total 8,648 Type-B uniforms ordered, there are some 1,197 left undistributed to the first, second, and third year classes during that time.

In December 2015, the remaining number of undistributed uniforms went down to 472—but even then and until now, the fact that there are still undistributed Type-B uniforms especially to the higher year levels is the meat of the story.

First, in our case as juniors, a year away from the graduation is just a breeze of time. Come on, at this rate, I doubt that my fellow juniors who still do not have their Type-B would receive their uniforms in time of our graduation.

I was informed that the current student council is still completing the list of Artlets who have not yet received their Type-B. Of course, everyone will appreciate the effort, but until when will this list be for completion?

The council had even started receiving new orders from the younger breed of Artlets this year, yet some previous orders from students who have graduated and nearing their graduation are still undistributed.

Second, the Education High School (EHS) could also have their own Type-B uniforms soon and might start wearing them on January 2017 given the approval of their principal.

One may bet that an Artlet who has not yet received his Type-B would be jealous upon hearing this news. High school students who wanted to have a summer uniform might soon have their wishes fulfilled in January.

Take note, January. And the EHS council seems to be very determined to stick with this plan. Meanwhile in AB, distribution of some uniforms is still unfinished business. Will it not be a shame for the Faculty?

Also, there are Artlet alumni who have not yet received their Type-B uniforms until now. Should there be a refund, I wonder when they will get it. Even a list of undistributed shirts cannot be completed immediately.

If the student council, on the other hand, will insist on having the undistributed shirts reproduced and given to the alumni, I wonder, “what for”? Most alumni are probably working by this time, what will be the significant purpose of a college summer uniform anymore?

Artlets may have been quiet about the issue of Type-B for a while now, but surely, this does not mean that the current Arts and Letters Student Council will not speed up their actions.

Even members of the council know the pain of waiting and gave us optimism that all Type-B uniforms will be distributed this academic year. However, though some promises are made to be broken—what Artlets can do for now, is to hope that this promise will not be broken twice. F

For comments and feedback, you may email the author at mikkahfactor.theflame@gmail.com.