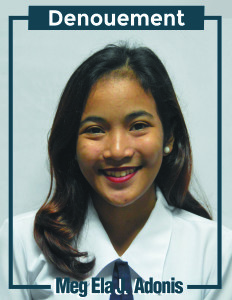 Although the Merriam-Webster dictionary defines the word “millennial” as “a person born in the 1980s or 1990s,” or those between the ages 17 and 36, it could mean so much more for different people.

A few months ago, Rappler asked the Twitterverse what word often comes to mind when they hear “millennial.” A few lashed out by answering, “entitled,” “ignorant,” or “outrageous.” Some, on the other hand, tweeted back with “misunderstood,” “empowered,” or “unpredictable.”

But what exactly were the factors that led netizens from different generations to simplifying millennials into such words?

The generation of the millennials lived their childhood, adolescence, and adult years quite differently as compared to the “baby boomers” and “Generation X”—their predecessors; those born after World War II—mainly because of technology and social media.

As such, both became an avenue for voicing out millennials’ socio-political opinions. What classifies this under the “negatives” is that some people get surprised by the fact that millennials tend to be “too direct” and “baseless” with what they have to say, even if theirs is the generation tied with the word “Google-dependent.”

Thus, they are now dubbed as entitled, ignorant, and outrageous.

This is the millennial stereotype: the superstition that us millennials are all about being “keyboard warriors” and being frank just so we can let other people know that we have something to say, and it is entirely our fault as to why this shocks our elders.

Now, on to the positives.

Our “directness” stems from our desire for change—a desire so great that most of our baby boomer or generation X parents often mistake our opinions as being “mema lang” or “may masabi lang.”

But we all know the truth: all we want is genuine change. Our generation was not born during the peak of technology’s power just to be apathetic and watch society fall apart, even if we are aware that there is always something we can do.

Millennials were not given the freedom to speak just to shut up and “mag-aral na- lang” after all the political immaturity of our government leaders.

The same childish administration appeared to have conspired with the Marcoses and decided to surprise us all with the burial of a dictator whose family repeatedly refused to apologize for the atrocities during Martial Law.

I still find it ironic that the generation who fought for our freedom of expression during Martial Law is the same generation condemning us for expressing our disgust over a dictator’s undeserved hero’s burial.

It is 2016 and yet, our elders don’t seem to feel like three decades have come and gone; they feel as if we are still little toddlers that need to be taught public and dinner table debate etiquette.

So, no, we’re not the entitled, ignorant, and outrageous bunch of “kids” you think we are.

But, at the same time, maybe we are what you think.

We millennials are misunderstood for willingly accepting what the vast majority labels as unconventional, be it homosexuality or a young mind’s curiosity over his or her sexuality. But in truth, we all know that these “unusual” phenomena only constitute what it means to be human.

We are empowered because our seniors still have problems that have been passed down from generation to generation, and we feel an overwhelming desire to put an end to them now that we have even more resources to do so.

We are unpredictable because we are who we are: direct, enlightened, and feisty. We want to reshape society because it has been put into an apologetic, all-too-familiar and exhausting environment for far too long already.

This is the millennial stereotype, and I think the superstition comes from the fear that millennials can actually do something. And so, they try to stop us by saying, “wala ka nang magagawa.” F

For comments and feedback, you may email the author at megadonis.theflame@gmail.com.