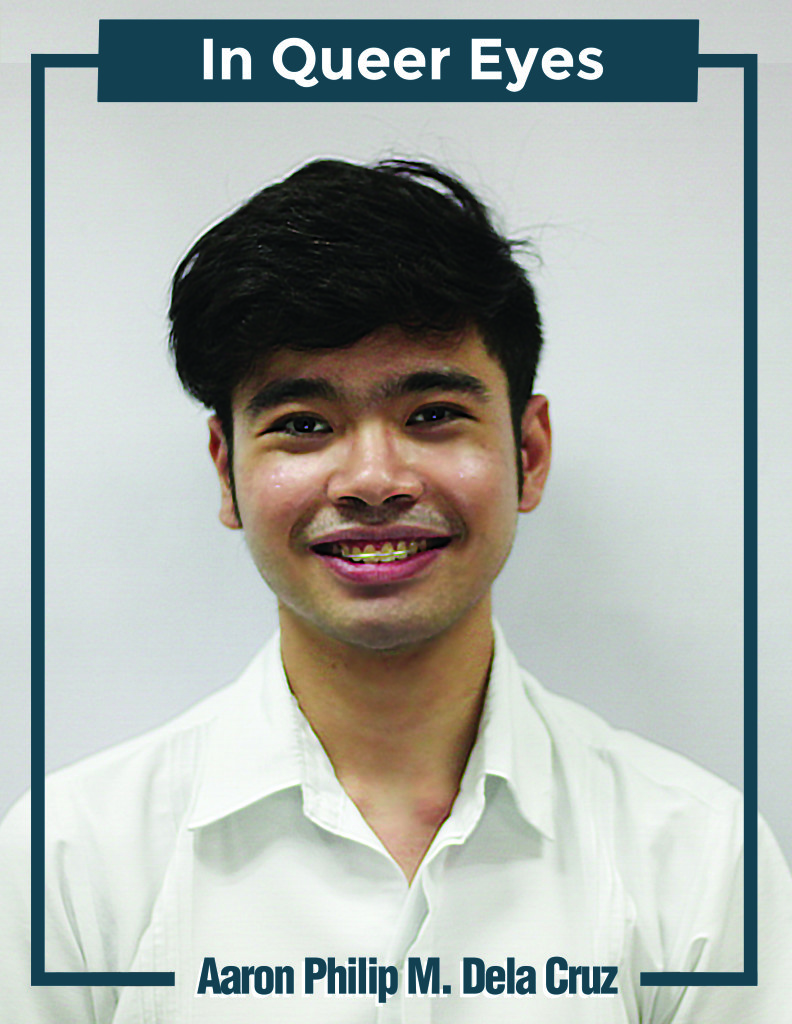 IN The Wizard of Oz, the Wizard exercises an illusion of power and magic over his constituents by projecting a spectral mirage of himself through the use of a contraption that conceals him from the view of his subjects. We need to remember that the Wizard is mortal and perhaps he has utilized this machine to survive, to avoid being ostracized by the Ozians in the Emerald City.

I follow a thread of light from the idea of this same contraption and imagine it as the new cyber closet where gay men conceal themselves for survival.

I venture to say that gay men have adapted a new form of survival in technospace, particularly in the Twitterverse, through the formation of alter accounts.

Alter accounts are Twitter profiles created by some gay men to exercise their homoerotic desires while maintaining their anonymity. The term survival is crucial for this connotes how gay men co stantly adapt to homophobia pervasive in society as well as with the continually shifting landscape of the World Wide Web, and the technologies that come along with it.

This is not to promote promiscuity but rather an “inqueery” on the life of homosexual men who resorted to anonymity in order to get away from the shunning and shaming of society.

The term “closeted” or “still in the closet” refers to someone who has not proclaimed himself as gay; someone who keeps his/her sexuality in private. The closet could function as an oppressive concept to homosexuality particularly to gay men.

When a man is in the closet, he is pressured to come out due to the circulation of rumors that insistently aim to out him, calling him labels such as paminta or silahis. People even claim to possess “gaydars” that supposedly detect the “gayness” of a person.

On the other end, gay men who choose to free themselves from the closet’s constrains find themselves ostracized in society for simply being who they are. Do not confuse acceptance with tolerance. I personally know someone who has been disowned by his family simply because his parents found out that he is gay and is doing volunteer work for the HIV-AIDS advocacy. Anyone who will say that they accept gay men as long they do not “practice homosexuality” is a hypocrite. They have no place in the gay cabal.

Thus, this leads me to propose that gay men strategically use the cyber closet—the alter accounts—as a means of practicing homoerotic performances without revealing who and where they are. This closet is made up of light; a coalescence of pixels forming together the projected alternative self, a self cladded by secrecy.

The conception of queered spaced could be traced from how gay men seized the landscape of cinemas in Recto back during the 80s up until the 90s, so that they could celebrate their sexuality concealed in the shroud of darkness.

The closet as alter account is an evolution of the closet as cinemas—both serve as a space for homoerotic celebration where the former utilizes light to conceal and reveal while the latter turns to darkness to veil and cloak.

How could we perhaps use this knowledge to social practice? In the points I have written, the creation of alternative spaces is symptomatic of how some gay men could not find a place within society. They create alternative rooms to accommodate their stigmatized existence.

People need to learn to accommodate and accept gay people to make them feel at home in the public sphere. This might discourage gay men from creating marginalized (cyber)spaces for their own survival. The Wizard of Oz, after all, teaches us that “there is no place like home.”

Society should stop making a fuss about whether a person is homosexual or not. Hopefully, there will come a time when the closet would spontaneously combust for it no longer matters whether one chooses to disclose his/her sexuality; a world that we understand and celebrate our differences rather than using them as variables for oppression. As Helene Cixous would have it, “in one another we will never be lacking.” F