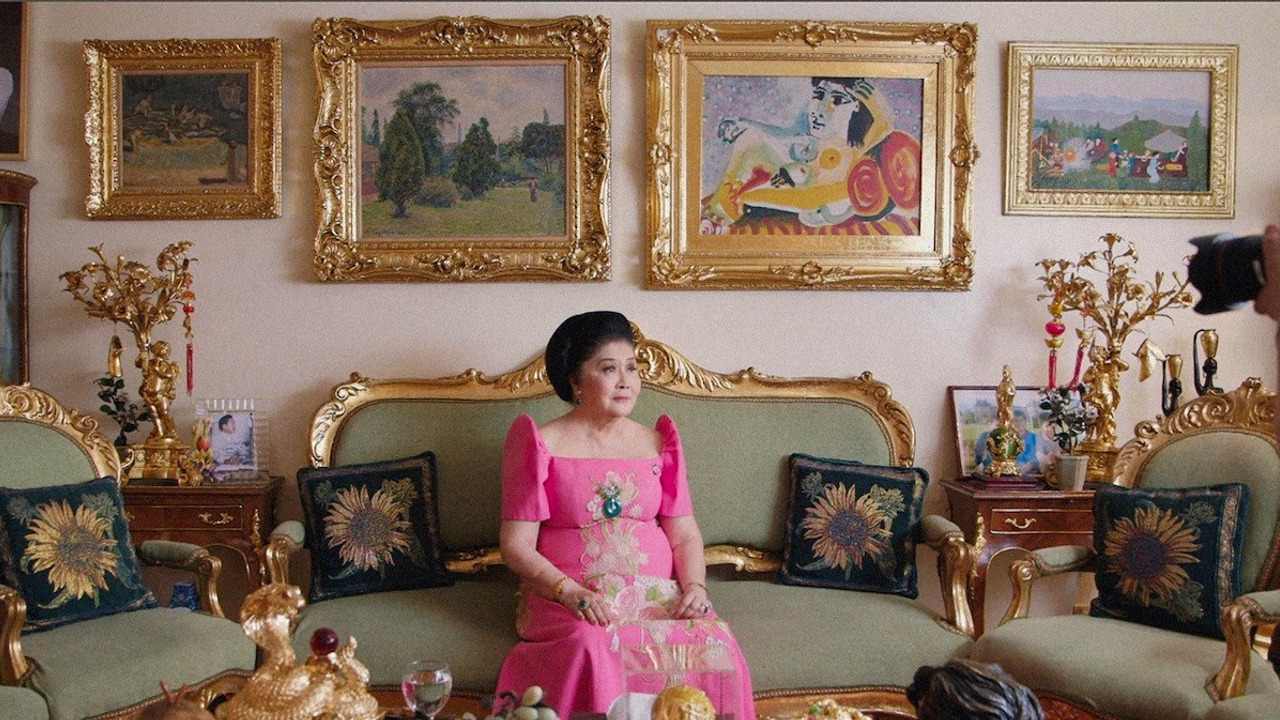 photo taken from The Projector

BESIDE THE paintings of Michaelangelo and Picasso, a woman poses. With poofy hair big enough to hide secrets and a smile that belies sinister intention, the epitome of her being lies in a closet full of shoes, jewelries hidden in diapers, and bundles of cash inside a donut paper bag. With this kind of lavishness, the woman’s name is Imelda Marcos.

Ever since the Marcos regime and up until now, the Filipinos are divided by their opposing views of Imelda and her husband. With the Marcoses locally homed in Ilocos Norte, most Ilocanos are illusioned with the image of Ferdinand Marcos as a hero who brought peace and fortune to the country. However, Director Lauren Greenfield’s The Kingmaker shows that the truth lies within the eyes of the victims; seeing Marcos as the dictator who sheds the blood of thousands of Filipinos—a monster.

Known for her award-winning documentaries like The Queen of Versailles and #likeagirl, Greenfield casts an eye on the infamous Marcos family in her latest documentary film The Kingmaker. Launched in November 2019, it was first released among international film festivals, being nominated and winning several awards such as the Critics’ Choice Documentary Awards and the Audience Award in Warsaw International Film Festival. This year, it has made its premiere in the Cultural Center of the Philippines (CCP) and University of the Philippines Film Institute (UPFI), and as of now, is currently available for free streaming in iWantv.

The documentary gave a deeper insight on the Marcoses as it did not limit its narrative solely on the Marcos regime that lasted for roughly two decades. Instead, it followed the timeline of the events that led to the rise of democracy, the exile of the Marcoses, and up to the present times with Rodrigo Duterte as president. Greenfield also tackled Philippine history, politics, and socio-political problems forged by the Marcoses; in a way of having Imelda Marcos as the primary subject.

Imelda Marcos was once the woman who stood by the side of a well-known dictator. In the film, she is shown to rival them in their want of power and riches — the things that enable her to do and get whatever she desires. With hands always itching for money, The Kingmaker exposes her lavish collections: thousands of pairs of shoes along with her possessions of expensive artworks. Likewise, her power is exhibited through how she made it possible to build infrastructures and start a zoo with the cost of wiping an entire community.

To avoid being biased, Greenfield even acquired accounts both from the Marcoses and the people against them—notable figures such as Pete Lacaba and Leni Robredo. Namely, there was a part where Imelda and the victims of the Martial Law were sharing contradicting accounts at each other; leaving the viewers to decide on who to believe in. This is shown when Imelda noted that her husband brought human rights into the country. However, Pete Lacaba, May Rodriguez, and Etta Rosales contradicted what Imelda said by narrating how they were tortured by the military during the Marcos regime.

The film itself as a whole is disturbing because it revealed how problematic the Marcos family is and how doomed the Philippines is with their power. To sum up, it is trying to convey that the Marcoses are still wielding their power and that no law could stop them to pursue their political aspirations.

It is easy to say that it serves as a commentary towards the vanity and power of the Marcoses. But more than that, it captures precisely the reality of what is currently happening to the Philippines such as the miseducation of the Filipino students, the oppression and unlawful killings to the poor, political dynasty, police brutality, historical revisionism, and corruption.

Unfortunately, The Kingmaker falls short in addressing the many other issues surrounding the Marcoses.  Despite the director’s excellent encapsulation of the unimaginable fortune and the blatant deception of the Marcoses, she failed to explore the many other crimes the Marcoses have committed that have yet to be resolved. Specifically, it failed to explore Marcos’ edifice complex that led the country still burdened with debt such as the Manila Film Center that Imelda was involved in and the other many infrastructures.

Overall, the Kingmaker established Imelda as someone who always got her way. The film imparted an unsettling message to the audience—Imelda stood by the side of Ferdinand Marcos to Presidency, until finally admitting she would make sure that her son will be a president someday; hence, the Kingmaker. In the end, the film proved that Imelda is a mother to her family but never to her country. F