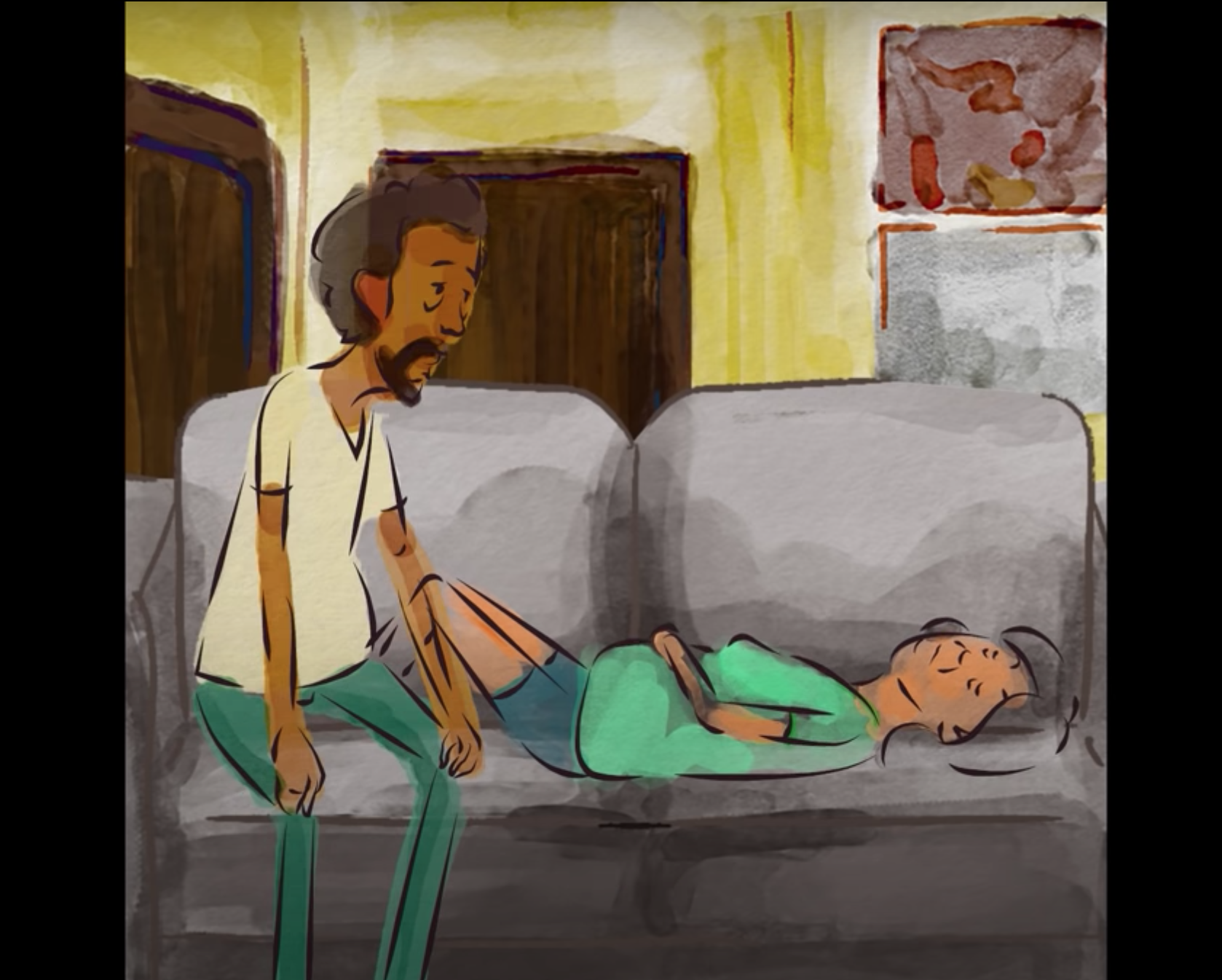 MARRIAGE does not start with the exchange of rings— it starts with a set of vows bound by love. By exchanging promises, a couple’s individual lives shall merge into one and a new chapter will begin. However, there is no such thing as a “perfect marriage”— it is only an illusion— as there are promises for better and for worse; in sickness and in health.

Directed by Carol Joseph Papa, Paglisan (The Leaving) is an animated musical film that tells the story of a married couple: Dolores (Eula Valdez) and Crisanto (Ian Veneracion). Despite being together for more than two decades, their marriage struggles to remain the same. With Crisanto suffering from early-onset Alzheimer’s disease, Dolores also faces depression as her husband gradually fades away.

The film itself is simple yet it possesses a poignant story that will leave the audience heavy-hearted. With an aspect ratio of 4:5, Paglisan is animated with a rough-sketch watercolor style with a colorful palette that contrasts with the story’s gloominess. However, the stylization could be distracting, which may cause moments of dizziness to viewers. This is most noticeable in scenes where the outlines of the drawings are overlapping, causing a lag in the motion picture. Nevertheless, the simple visual story-telling shows how the film could present great drama without utilizing high-end animation.

For the actors, Valdez’s and Veneracion’s performance did justice to their respective characters. Despite the film being animated, they are able to present raw emotions through voice-acting and singing. Ian Veneracion is believable in portraying a man who is on the verge of succumbing to oblivion which is justified at the ending. Similar to Veneracion, Eula Valdez also successfully carried out heavy emotions such as despair and frustration; especially when she sang her solo “Pagod Na.”

In addition to the acting, the film also integrated the art of musicale. Although they are not great singers, both actors are able to perform their musical pieces fairly well. None of them fell flat nor sharp, and their enunciation is flawless. Their best performance was the musical piece Paglisan, as the lyrics and their rendition of the song captures the feeling and essence of the whole film.

Apart from the heart-wrenching story, Paglisan also represents a modern Filipino family. An attestation to this is the integration of a queer couple, which is represented by their son, Ian (Khalil Ramos) who is in a relationship with Paul (Junjun Quintana). Even if the movie does not centralize on the same-sex couple’s story, Papa is able to effectively normalize the presence of queer characters. Unlike in usual mainstream stories where the queer character is rejected by the family, the film portrays Crisanto and Dolores as loving parents to their gay son.

Paglisan not only captures the feeling of Crisanto’s struggles, but also encapsulates how his family dealt with the pain of losing him from Alzheimer’s. While taking care of her husband, Dolores gradually forgets to tend to her own personal needs. As a result, she resorts to vices such as smoking and drinking regularly. Throughout, Dolores illustrated a woman in dismal, and all about her fits the textbook definition of depression.

From beginning to end, the film imparts that selflessness is what is necessary in a marriage in times of hardships and affliction. For better or for worse; in sickness and in health— Paglisan is a reminder that love is not enough to withstand the tests of marriage. After all, marriage is also built out of selflessness and sacrifice. F