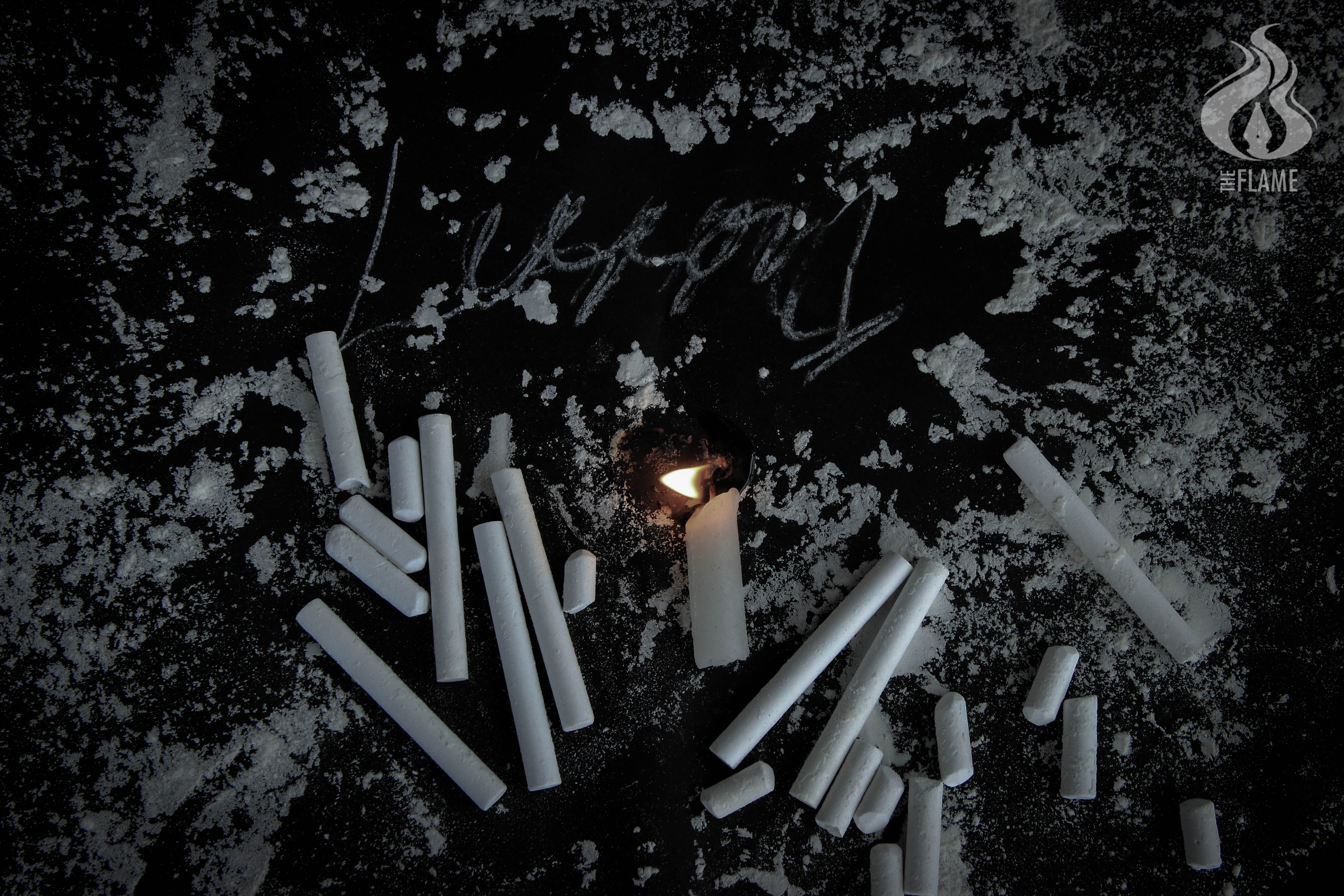 I know death does not make the world go away. After papa died, mama brought in a new world of her own.

There was nothing too obscure to the things she had begun to do: her eyes gleamed at the sight of a butterfly, she left floors un-swept at night, and covered all the mirrors with a cloth during wakes. Filipinos carried superstition by the spoonful, but it coursed through mama’s veins. Even after the funeral, she carried on. I lost one parent, I cannot bear losing another.

We visit his grave on All Saint’s Day. No ghosts haunting us then, only the furious overcast looming overhead. Tito carries the candles but he saves one for me. I hesitate at the feeling of wax between my fingers. I refuse to give in to mama’s delusions and I refuse to submit to the dead. Their suffering is over, ours is still going.

I did not see papa’s ghost, but I saw my mama cry. It is the first time she had openly wept since his passing. Tito passes a plate to the groundskeeper with crooked teeth, and he eats it as he leans against the tombstones. Tita is recalling the things papa said in jest and sobs midway in her anecdote. Even at the heart of loss, we are alive.

Mama wipes her eyes, looks over the revel in the cemetery, and smiles at me. I light my candle then: to commemorate the dead, perhaps, to celebrate the living, definitely. F JUSTIN ANDREW CRUZANA