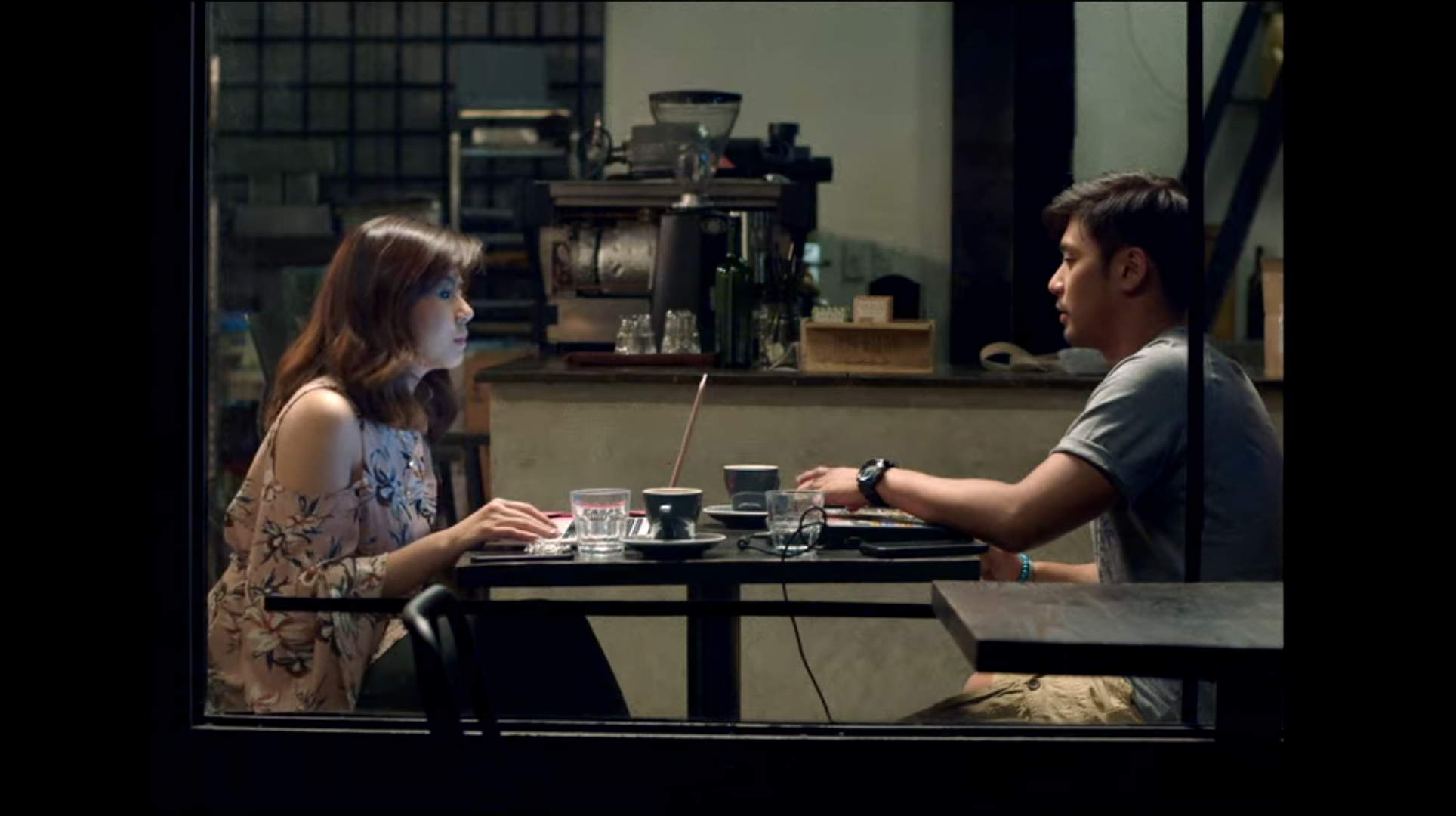 LOVE beyond the screen can make the most familiar expositions rise to unforeseen events as it develops unexpectedly—or dissolves abruptly. Within films, however, romance becomes repetitive and predictable, far from the myriad of ways it can exist in real life.

Thus, deviation from the conventional storyline brings romantic narratives closer to realistic portrayals. This mantra appears to drive Director Crisanto Aquino and co-writer Janyx Regalo in their 45th Metro Manila Film Fest entry, which explicitly veers from the “mainstream formula.” It proves an additional challenge besides weaving a film within a film that ensues Write About Love.

Teaming up an experienced, laid-back male writer (Rocco Nacino) with a novice, earnest female one (Miles Ocampo), immediately creates a wall between them. This proves a disadvantage for the writers, both withholding names, in revising a romantic comedy script due in a month.

Their work awkwardly commences in a drab coffee shop, amplified by their determined yet difficult repression of unpleasantries as they assert contrasting opinions. As they write, Marco (Joem Bascon) and Joyce (Yeng Constantino) enact each scene as if concretely transpiring, but with constant intervention from the writers.

In the writers’ perseverance to work together, the wall begins to fade as they catch glimpses of each other’s lives. More apparent is how the script constantly mirrors fragments of their individual experiences, including similarities in their family structures, and past quarrels that reflect as a conflict in the story. This drives them to apply the realistic course of decision-making in determining the proceeding events of the script.

Nevertheless, in their quest to be out of the ordinary, the events become forced for both storylines—theirs and the fiction they write. Consequently, some dialogue lacks proper build-up, failing to articulate enough reasons behind strong emotions and coming up confusing and awkward. One example is a dramatic break-up scene. It kicks in with an accidental unhanding of a plate that leads to a heated argument between the characters. This would have been adequate for the rom-com genre, however, the exchange turned unnecessarily aggressive. The whole scene becomes unsettling as it drives far from the supposed light story.

Additionally, the film fails to entirely commit to deviation from the popular route. It even expressively echoes One More Chance, greatly resounding in Joyce and Marco’s relationship. It also reflects That Thing Called Tadhana, which becomes ground for the writers’ sudden trip to Sagada. The film, which specifically aims to reject the “mainstream formula” through occurrences driven by realistic decisions, makes the standard for their goal unclear.

On the other hand, the gems of the film emerge in some stunning visuals. The opening attracts viewers through a unique split from the middle. It introduces a distinguished smaller frame for the writers’ scenes, compared to the wider frame for Marco and Joyce’s story.

One of the exceptional sequences begins with Marco suddenly blacking out in a bar. The drink in his hand turns to shattered glass on the floor which then creatively morphs into a scanned image of his brain. Another would be Joyce’s misty and heartfelt stage performance which bathed her in aesthetic touches of colored lights amidst a night setting. Furthermore, it was in these aspects that the unconventional emerge, yielding amusement and accentuating elements of value in scenes. One may even argue that it is these features that lead the film to gain such recognition and awards.

The film’s greatest success lies in its portrayal of writers and the strenuous work necessary to create substantial art. Their significance to the production of films and other crafts are depicted while they remain untouched by the spotlight, and this is emphasized in the omission of the two main characters’ names.

In the writers’ pursuit of success, they encounter hindrances which push them to balance their personal lives and their work. This narrative of writers emits more successfully than the romantic plot, which is not entirely a drawback. It is one of the film’s distinctive features—establishing a reverberation for mostly unspoken creators. This strength proves powerful enough to encourage appreciation as it provides a message worth seizing.

Write About Love sets writers under the spotlight while yielding a voice for them. It serves as their verse that resonates with their battles and the passion that complements it. In the end, the film proved a triumphant venture towards vivifying the narratives of writers long omitted. F