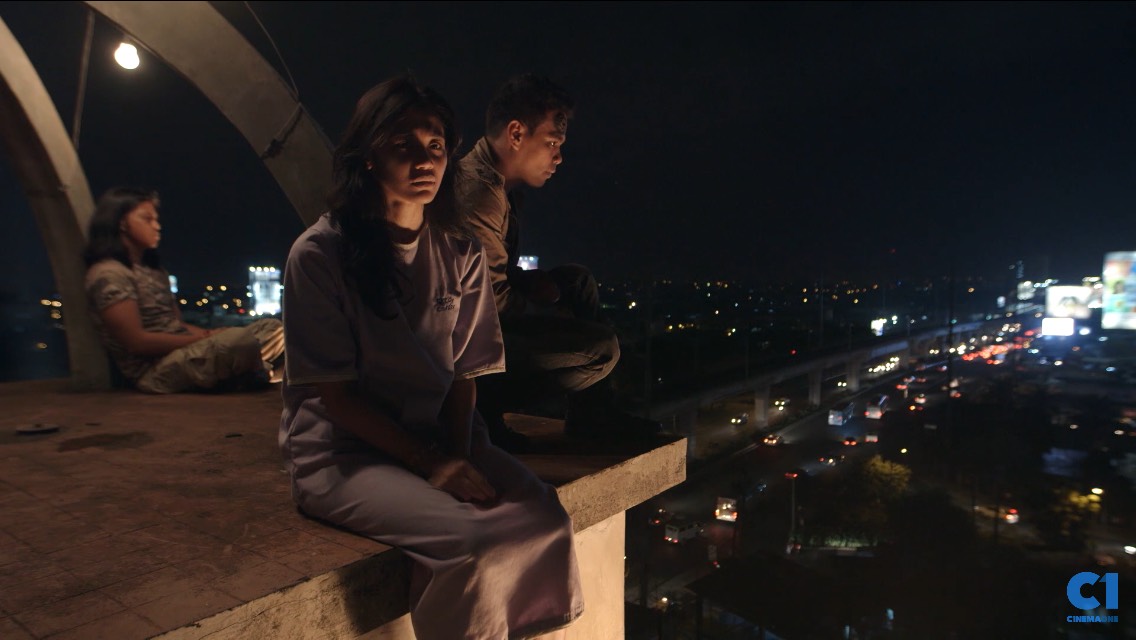 DEATH is an inevitable occurrence; an unforeseeable tragedy that cannot be halted once it happens. It can arrive at anyone at any place or at any point in time. From an instantaneous gunshot to a malady in the body, death is always on stand-by outside people’s doorstep.

Once demise knocks on the door, the things that are left behind cannot be brought to the afterlife. Therefore, an individual must appreciate the benefits and detriments of life before time succumbs to mortality.

Directed by Maribel Legarda, Melodrama Negra grapples with the outturns of being in the afterlife. The film premiered at the Cinema One Originals 2012 and won Audience Choice and Best Supporting Actress for Ria Garcia for her impeccable portrayal of one of the sisters, Twinkle. The film can be streamed for free on Cinema One’s Youtube channel from October 21 to November 2.

The film presents an interweaving story of the three recently deceased spirits— Dee (Gee Canlas), Gomez (Jerald Napoles), and Lim (Bong Cabrera) who want to know the motives behind the deaths of the two latter bodyguards. Meanwhile, the two sociopath sisters Candy (Cindy Lopez) and Twinkle (Ria Garcia) want to flee from their home because of their father (Ku Aquino) who molested them. They seek help from their friend Bing (Nicco Manalo), in order to kidnap Rex (Acey Aguilar) and acquire the money from his father, Congressman Ramirez (Richard Manabat).

Through its diverse set of characters and their delivery of realistic dialogue, Melodrama Negra explores the aspects of the afterlife with a sense of value. The opening sequence of the film introduces the audience to the main theme of the film. This is the decay of morality, shown in how an escort pleasures a congressman while being juxtaposed with shots of chopped pig carcasses.

The Lalie Bucoy penned dark comedy-drama provides a realistic take on the concept of life after death, as shown by its effective use of symbols in every frame, and how it balances the seriousness of the subject matter with the injection of humor from its dark moments. This is evident through the accessories being worn by the characters, the conversion from the different places of Quezon City, and the way the characters execute a scene.

Gee Canlas’ lead portrayal of the recently departed breadwinner Dee is entertaining as she tickles the funny bone of the viewers with the quirky optimism of the character. She has perfect chemistry with her fellow cast members Jerald Napoles and Bong Cabrera’s Gomez and Lim. The trio gives a heartfelt tenderness from the film’s iconic rooftop scene where they try to get to know each other. It establishes their friendship and bond even though they only met in the afterlife.

Subsequently, the standout among the ensemble is Ria Garcia playing Candy’s younger sister Twinkle. She embodied the childish nature of the character as she realistically depicts it on the screen. This is highlighted when she wails for help as she has been attacked by her sister’s captive. Her heart-wrenching performance of being a victim of patriarchal abuse sends chills to the audience thus, deserving her recognition as the best-supporting actress.

Unfortunately, there are some discrepancies when it comes to the focus of the different characters. The minor characters from the film were so under-used that viewers may question their relevance in the story.

On the other hand, Legarda’s execution of the cinematography was purposeful. Her use of dark sceneries is very intentional as it foreshadows gruesome events. Likewise, her utilization of dark colors adds additional symbolism as it represents the vices of the world being exhibited by the characters resulting from corruption. One of which was the scene where Gomez and Lim are being gunned in the temple by the congressman’s henchman.

Another prominent symbolism Legarda used in the film is stars. In the film, it represents the light that each character wants to obtain in order for them to have contentment in their lives. This is shown in how the sisters, Candy and Twinkle, wish to escape the terrors of their household as they seek the light of freedom. The three departed souls aim for the stars so that they can finally reach eternal rest. In addition, the song “Aking Bituin” plays in the film, however, Candy noted that she is not fond of it. This signifies her unreadiness to be with the stars.

Overall, the film emphasizes the harsh ramifications of corruption that will create an endless loop of declination. One must end the vicious and tiring cycle of debauchery to initiate progress. Because if such filth still lingers in society, then everyone will be amongst the living dead. F