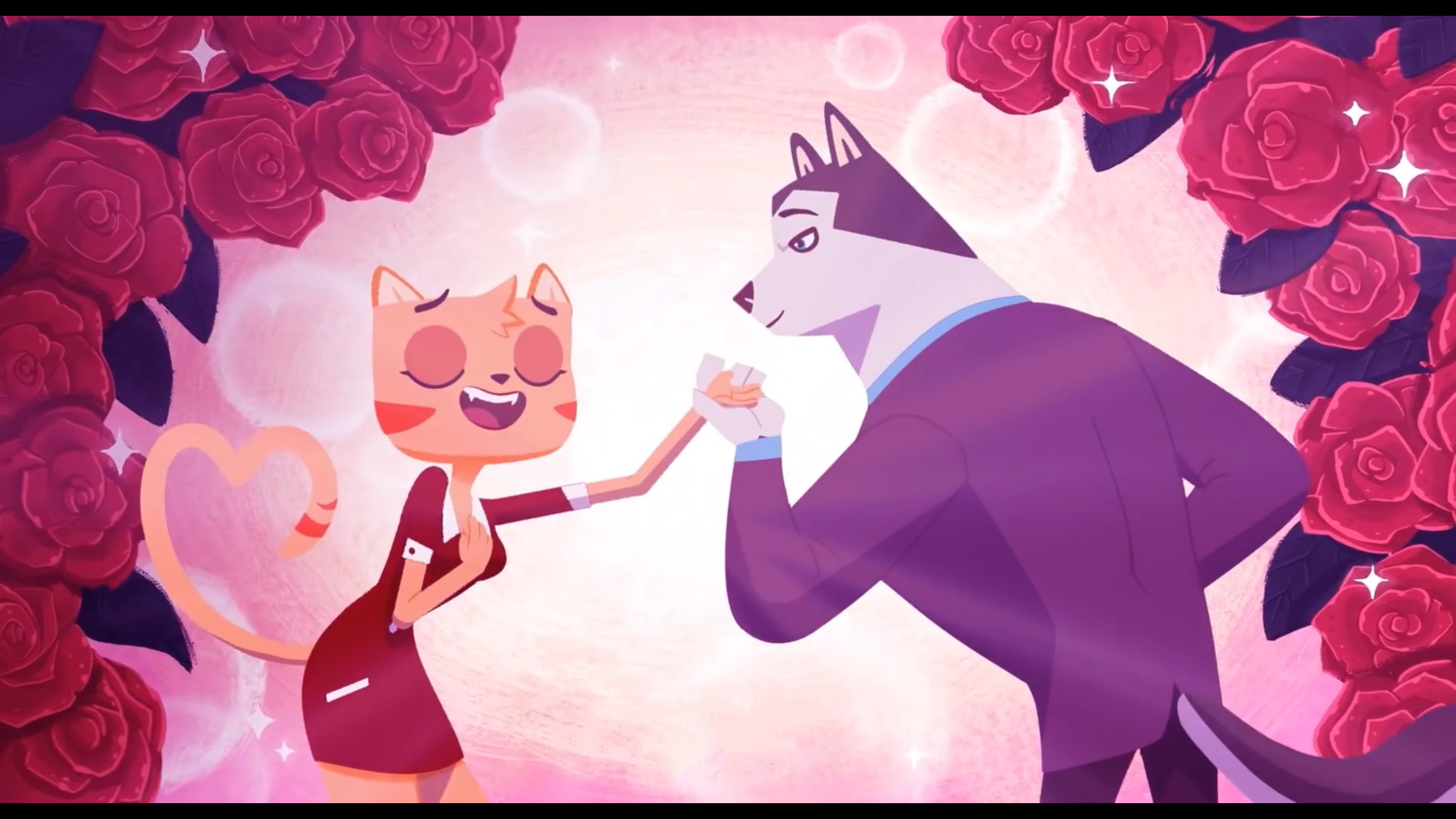 FILIPINO AUDIENCES naturally cling to wish-fulfillment than realism when it comes to romance. Viewers are lovestruck at the idea of multi-millionaire men falling deeply in love with working-class women. Hayop Ka! The Nimfa Dimaano Story follows those exact plotlines, spinning in its own unique traits: the characters are animals and the film and its entirety are fully and vividly animated.

Hayop Ka! The Nimfa Dimaano Story is a gorgeous 2D animation film animated by Rocketsheep Studio and directed by Filipino animator Avid Liongoren. Nimfa (voiced by Angelica Panganiban) is an ordinary cat who sells colognes for a living. Her current dog-boyfriend Roger (voiced by Robin Padilla) is a janitor, and they talk with their bodies more than they do with their words. Her sexually active love life takes a turn when she meets a handsome and richer dog, Iñigo (voiced by Sam Milby), and the two jumpstarts an attempt at romance.

Hayop Ka! is a marvel and every scene is bursting with color. Liongoren lingers on the brightness of Manila through wide shots. During the night, he focuses on the neon lights of a billboard advertisement. If not that, the sheen of the city lights lacquers the screen in purple.

He does this with the mundane as well. Nimfa’s pares dates during the night are nostalgic: they eat at a parody of Angel’s Burgers, gripping the viewers with familiarity. Even the interior of a jeepney ride is fresh, even when it looks rundown. The scenery is just as lush when Nimfa’s trysts and escapes often lead her to different places across the country. One of these is the glistening ocean ripples in Batangas. Even the tricycle ride to her hometown is relaxing and ripe with greenery.

In the beginning, Nimfa is seen having her tarot read in the streets of Manila, which at first glance, looks harmless, even pleasant, and pristine. As the film progresses, however, viewers get to unravel the trick the cast does with their sweet eyes and innocent animal designs. Contradictory to the animation style, the dialogue that falls off the characters’ mouths is as obscene as the acts they do to each other.

Nimfa curses profusely and throws in a sexual joke at every opportunity she gets. Her banter with her boyfriends and her friends are raunchy and are delivered like a slap across the face. Panganiban’s energy bounces well with her co-stars: her final argument with Padilla’s character is explosive. The tone she uses in confrontational scenes is dominating as if she were raising an accusing finger in the recording studio.

Despite the stellar presentation, the filmmakers could have leveled it with the storyline. Again, the story is not new: a love-triangle where a woman must pick between her current boyfriend and potentially, a richer, more attractive partner. The stage is set for infidelity and expensive getaways across the country.

There are small implications in the story and framing that could have accumulated into something else. One particular scene that could have been an invitation to compelling commentary, is a group of protesters rallying against Iñigo. It could have been a critique against land grabbing or work exploitation as Iñigo is indifferent to the working class and exercises his excessive privilege on petty things. An exciting and more relevant conflict could have been utilized in the setting had the writers not gone for something more convenient.

Additionally,  the characters themselves are fleshed out but difficult to decipher at first glance. Nimfa’s disposition at infidelity will tear viewers between sympathy and disdain. Her eagerness to date someone from a higher social class is a testimony of her difficulty with finance. The pittance of income she makes is split between rent and her sister, while her boyfriend spends his share elsewhere.

While she should not be safe from criticism for cheating, her desire for financial stability is understandable. If presented differently, viewers could have easily seen that she is not selfish, but that she just wants to survive. The film’s portrayal of her flaws feels restrictive and leaves no room for the characters to interpret Nimfa other than a self-centered heroine.

Hayop Ka! The Nimfa Dimaano Story is not the perfect animated film. The characters are sometimes infuriating, the plot is dull, and the narrative is rigid. It only sets itself to capture the attention of its audience through the presentation.  The story is not complicated nor is it complex, but it does not need to be.

What the movie lacks in substance it greatly makes up for in style. The art is clean and the animation is crisp, its aesthetics pulling Filipinos at the heart of its familiarity. The movie is both an exercise of excellence and a clear message that the future of animation in the Philippines is bright and ready for greatness. F