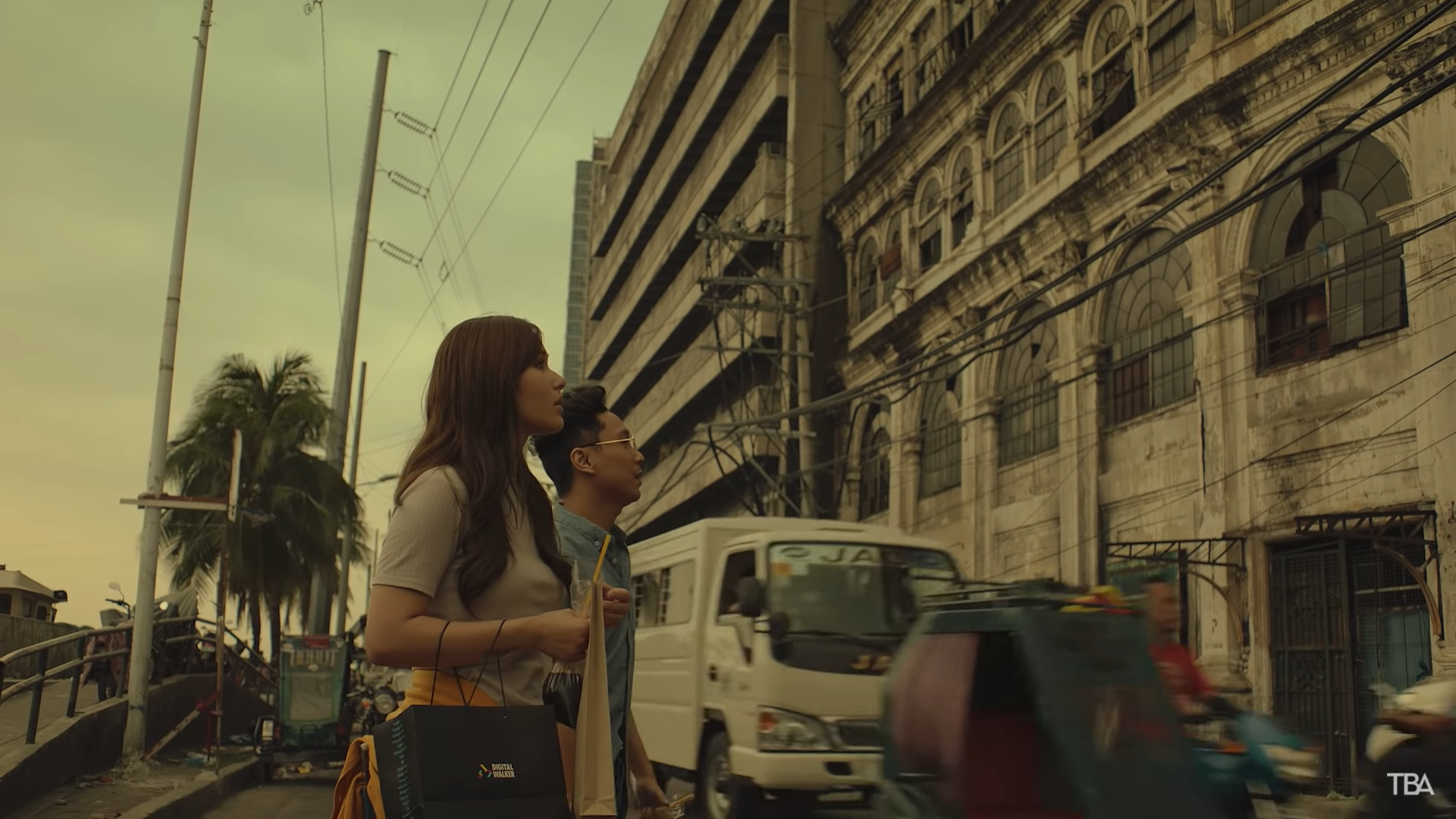 A LOVE that dwells in the unfulfilled and in its inability to overcome a secret yearning is a force that dreadfully tugs and traps. Love does not always conquer all things, especially if it is an illicit kind. Sometimes, it just complicates things further and leaves one orbiting around what is already lost.

Tayo sa Huling Buwan ng Taon gives a different twist to the consequences of loving as it pulls viewers to its own orbit of romance and shifts between worlds of what was never meant to be. Directed by Nestor Abrogena, the film revolves around ex-lovers Sam (Nicco Manalo) and Isa (Emmanuelle Vera) and their seemingly merry relationships with Anna (Anna Luna) and Frank (Alex Medina). It is set five years after the time setting of the prequel Ang Kwento Nating Dalawa, which grapples with the intervention of an immoral issue between the failed relationship of Sam and his then-student Isa.

Unlike its prequel, both Sam and Isa now share a joyous bond with their newfound significant others, who both are shown to be tight-knit with each other’s families. Sam and Isa’s history and interconnectedness are not outrightly established as their present lives are told separately in the film. That being said, their stories are still displayed through parallel scenes alternating with shots of their own lives with family, work, and relationships.

Abrogena’s style in storytelling is distinguished through his use of the train, airplane, orbit, and metaphorical gravity. He brings these into play to depict the cast’s worlds being in constant motion. In Sam and Anna’s scene at the factory’s rooftop, flights betokening fear and fresh starts are depicted by an overhead shot accompanied by a passing airplane’s loud rumbling.

The majority of the film is wrapped in warm tones but like the aforementioned scene, these mask ironic hints of detachment and woe. Meanwhile, the pleasant scene framing gives depth to the moments being portrayed, like how space and intimacy are emphasized through enclosures in a windowpane, a doorway, and a staircase.

It goes beyond seizing the moment by actually making viewers feel included. This is apparent with how the actors realistically execute mundane moments without going past exaggeration. For instance, in family dining scenes, Sam’s brother Paolo (Emman Nimedez), his mother Gina (Peewee O’Hara), and Frank’s sister Kai (Sheenly Gener) are all very natural with their responses, and their banter during a family meal scene feels unscripted.

Luna is also commendable with her indistinguishable outcast portrayal amidst lively gatherings. Medina, however, exposes a slight flaw and diversion from the overall goal of veering away from the cliché. As the film nears its end, his character exhibits self-blame and a sense of martyrdom with a monologue that incites guilt within Isa. This gives a sudden exposition to a mystery as it does not hesitate to unravel Frank’s backstory. It opposes the undetailed narratives and unfinished sentences present in previous scenes—especially in those of Sam and Isa’s.

Strangers to the prequel of this film only obtain a clearer picture between Sam and Isa when they find each other at an event after five years. Being caught off guard, their stupefied dazes elucidate a history between them as it is amplified by the camera spinning around the two. Adding to this is the music and spontaneous glimmer of lights in the background—all offering chaos and distraction but ironically revealing a clearer pivot for the film.

Followed by their exchange of Instagram messages, a sudden reconnection is built but will have to intervene with many other special ties. The focused back-to-back shots of Manalo and Vera’s facial expressions present awareness of this looming intervention. Amidst being in separate exuberant celebrations, both faces fall to a mixture of worry, sorrow, and guilt while gazing at their current partners. An unsatisfying clarity of their story is only given when both their long-restrained fronts vanish as they implode before a facade of a soon-to-be-demolished infrastructure that mirrors their relationship.

Tayo sa Huling Buwan ng Taon ends like how it also begins: with an enthralling but melancholic poem. The piece holds a reverse foreshadowing effect over the events unfolding in the last month of the year, vivifying a brilliant play with time.

Ultimately, the film centers on being lost in the wrong and unwanted pull of love, and the choices acted upon by individuals stuck in resistance to this orbit of the unresolved. More than being a story wrapped around romance, it reveals the reality of life and how one’s center of gravity can always be susceptible to love’s distortion. F