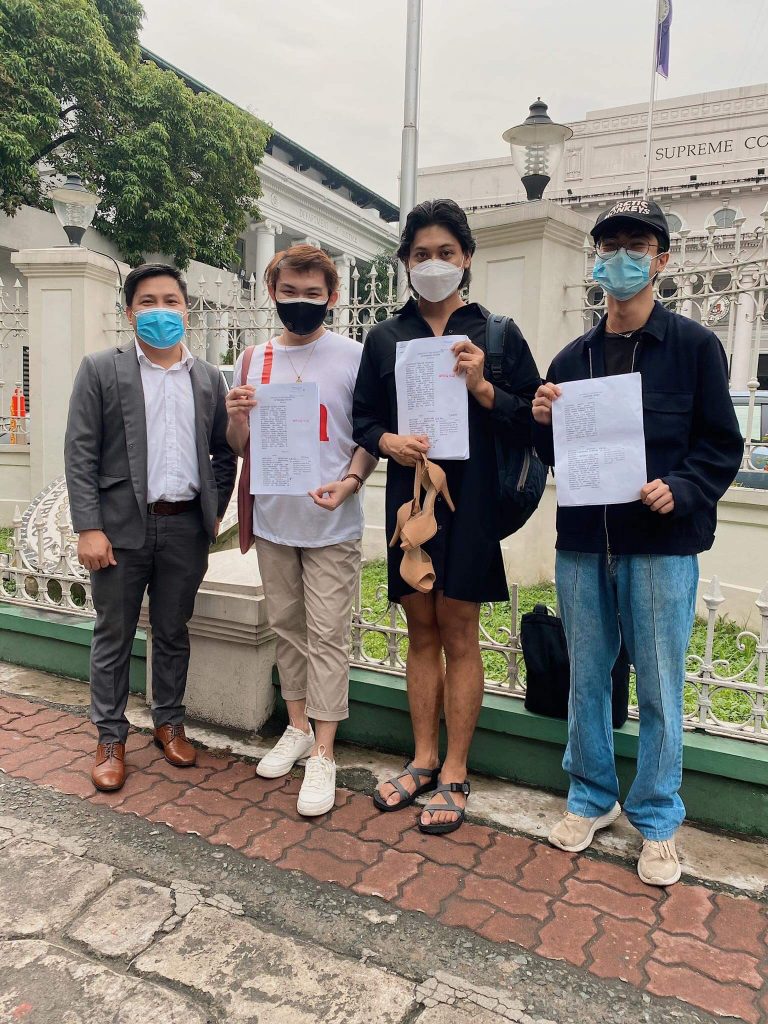 THIRD YEAR journalism student Mark Geronimo went viral on Twitter on Thursday, Jul. 29 after using “Twitter Bhie Bhie Gurl” as his petition name for the #RampaSaKorteSuprema movement that aims to counter the implementation of the newly enacted Anti-Terrorism Act of 2020.

Geronimo is one of the 19 petitioners collectively called “Concerned Online Citizens” who filed the 21st petition against the new law.

In an online interview with The Flame, he explained that he decided to go with “Twitter Bhie Bhie Gurl” after knowing that he could describe himself without being formal. He said he did not want to label himself as an influencer, but rather just a regular Twitter user and a university student.

“[T]his name is for every millennial na makalat, maingay and pabebe sa Twitter, pero at the end of the day, the substance at kung ano yung pinaglalaban ko as citizen of this country [is there].”  he added.

The #RampaSaKorteSuprema movement is asking the Supreme Court to abolish the implementation of the anti-terrorism law, as it believes it will be “weaponized” to suppress dissent and undermine human rights.

“Ang laki ng role, duty and ng obligation,” Geronimo said, explaining why he did not want to be labeled as an “influencer” because the word itself is already big for him.

The junior journalism student also clarified that he is not refusing, but he just does not want to be labeled as such, so people would not expect bigger things from him.

On initiating the movement

Mark Averilla, also known as MacoyDubs, started the main hashtag #RampaSaKorteSuprema followed by the other two — #SueTheTurtle and #COCBlockAntiTerrorLaw — which they all agreed on, according to Geronimo.

He added that as a member of the LGBT community, a student, and a Filipino citizen, it is time to make a move on things that significantly affect the lives of the public.

“Ito ang aking ambag,” he said when asked what made him join the petition.

Geronimo anticipated that there would be plenty of acts and movements to come after #RampaSaKorteSuprema.

Geronimo shared that he is very fortunate to be on a platform, where he has 45,000 followers, which is why he feels the need to use his voice in the best way he can.

‘Be proud, stand for what is right’

Geronimo said he is happy to see that there are people who show resistance on issues both physically at rallies and virtually through social media.

“You are a liberal [arts] student,” he said, adding that Filipinos should always be proud and stand for what is right.

“Some may not feel voicing out and using their platforms, and I respect that, pero sana kahit onti, may pake kayo and wag dumating [sa point] na maging apathetic. Everything is political, and we are all connected to it. Laban lang, Artlets. Kayo pa ba?” he said.

As of Saturday, Aug. 1, the Concerned Online Citizens (COC) has not made any announcement yet regarding its next step to have the anti-terror law repealed.F