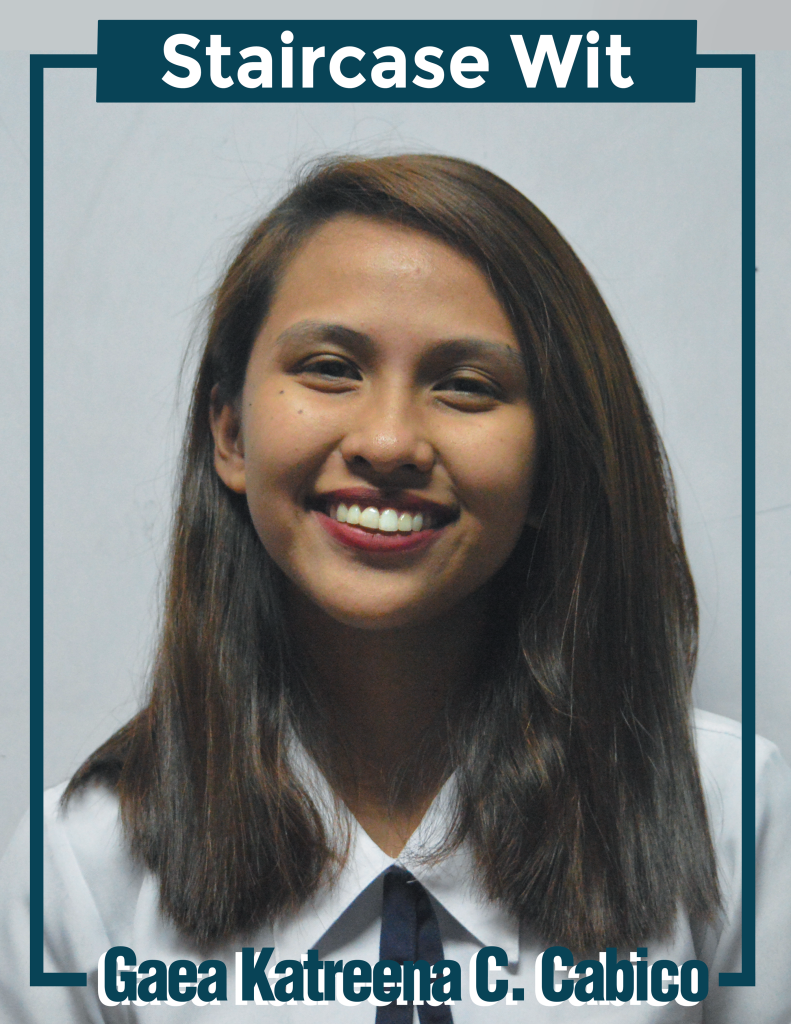 IT’S that time of the year again.

Few weeks from now, people we barely know will greet us—all smiles—in the hallways of the campus as they shake our hands. Our ears will get tired listening to mudslingings, wittily crafted slogans and speeches, recycled platforms, and promises that may never see their actualizations.

But as they speak, we hear the voices in our heads. They don’t differ much from the previous ones.

Much to our dismay, politics in the University is reduced to mere lip service and a bullet in résumés. Being called “event organizers” leaves a bad taste in the mouths of some student leaders, but as their constituents, we have yet to see them embody the core values of the University—competence, commitment, and compassion—in their leadership and genuinely address the concerns of Thomasians.

The Central Student Council (CSC), for one, is disappointing in many levels. Aside from being a passive administration, the council had been continuously digging its own grave as it faced controversies one after another—its absence in anti-Marcos demonstrations, the mishandled Paskuhan concert, the lack of a strong stand on the alleged victim blaming of a College of Fine Arts and Design student, a plagiarism accusation, and on forgiving the Marcoses.

While CSC is taking pride for organizing seminars and events that are “relevantly” representing various national issues, the council seems to forget its basic mandate to represent its constituents—the Thomasians—and advocate for their welfare and interests.

It will not be a surprise if most Thomasians do not have the faintest idea on what the Students’ Code is about. It should be this council’s top priority because for over a decade, different administrations came and went—promising the same goal—but the piece of document that is supposed to guarantee a clear provision on the rights of the students has yet to see its passage.

As student leaders, they are called to make a difference in the campus by exerting their voice from a position of influence and protect the voiceless but their actions clearly demonstrate their failure to do so. Some people still choose to defend the erring officers, saying they too have academics to prioritize and “they are being controlled by the administration.”

Student leaders should bear in mind that serving around 40,000 Thomasians is not a job they can do half-baked and thrive. Their decision to run for office comes with the acceptance of the facts that they will sacrifice a lot and challenge the status quo as they fulfill their duties to the Thomasian community. They do not work for themselves, their political parties or the administration; they work for the students— their major stakeholders.

As for the Thomasian electorate, let us not be as passive as the student leaders who are supposed to represent us. We, too, have duties to fulfill: listen and scrutinize every candidate, attend miting de avances, participate in the electoral process, and most importantly, keep a watchful eye during their term.

In the Faculty of Arts and Letters, we pride ourselves to be part of the community of critical thinkers and socially aware individuals. May we be wise enough to elect leaders who will go beyond their constitutional duties by being action kind of people rather than simply becoming a face of a student government. F