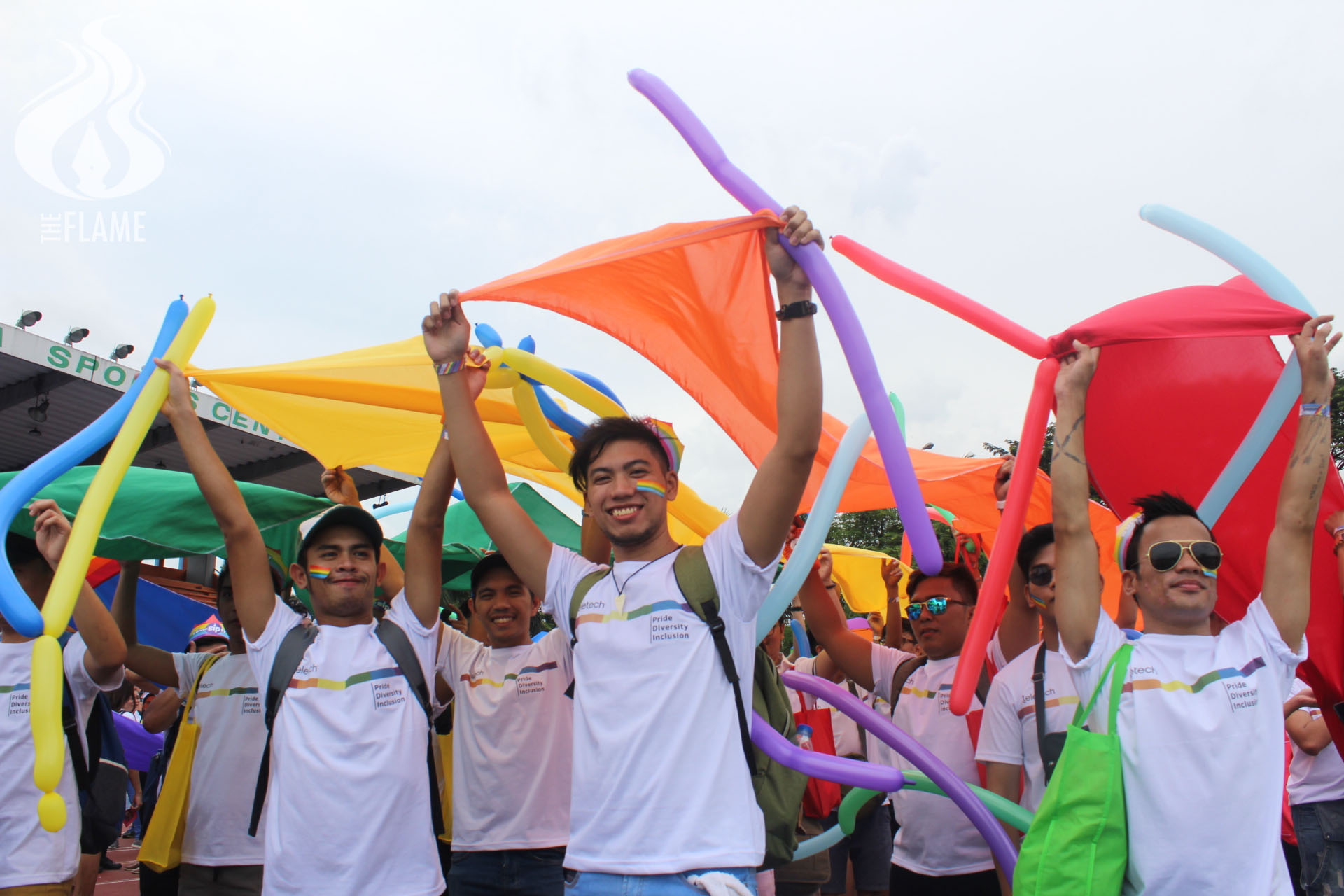 Members and allies of the LGBTQIA+ community proudly donned their colorful and creative outfits as they checked out the booths at the Pride Fair and sung along to empowering music such as “Born This Way” by Lady Gaga, “Break Free” by Ariana Grande, and “This Is Me” from “The Greatest Showman” soundtrack.

Chants of “Happy Pride!” and solidarity speeches fired up the crowd and made them even more excited for the parade.

Vince Liban, a member of LAGABLAB Network, urged participants to continuously fight for equality and against discrimination.

LAGABLAB Network is a group of LGBTQIA+ organizations and individuals working towards achieving a society free from all forms of discrimination.

Liban added that people must recognize the discrimination and other struggles minorities such as the LGBTQIA+ face every day.

Rising up as one
Anchored on the theme “Rise Up Together,” this year’s pride march aimed to encourage people to learn more about the LGBTQIA+ cause and to do more to help forward its related advocacies.

“Walang maiiwan. Alam naman nating nowadays, we are easily divided. As a community, the LGBTQIA+ should really be rising up together as one and be happy,” event organizer Macky Llorente told the Flame.

Pride march participant Thea “Sage” Tabanao said she marches for greater representation of the LGBTQIA+ community in all fields.

“Don’t be scared,” she advises. “Fear may be one of the powerful emotions anyone can have, but love is a lot more powerful than that. Just remember that love is powerful.”

Indeed, Pride is a celebration of love and individuality.

However, there were some attendees who went to Pride to urge members of the LGBTQIA+ community to heed the teachings of the Bible.

The Metro Manila Pride March is the oldest Pride celebration in Asia. First staged in Quezon City in 1994, it is set to celebrate its 25th year in 2019. F